It was the second attempt in two days by lawyers for the conservative leader to delay the trial, in which Berlusconi is charged with paying Mills $600,000 in 1997 to withhold incriminating details of his business dealings. 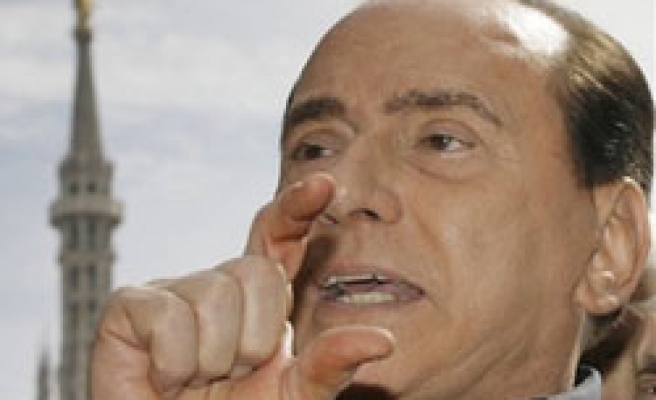 Lawyers for Italian Prime Minister Silvio Berlusconi sought on Tuesday the removal of a judge trying him and British lawyer David Mills for graft, after Berlusconi accused the court of political bias.

It was the second attempt in two days by lawyers for the conservative leader to delay the trial, in which Berlusconi is charged with paying Mills $600,000 in 1997 to withhold incriminating details of his business dealings.

Both of them deny any wrongdoing.

On Monday, two senators in Berlusconi's parliamentary party put forward last-minute amendments to a crime-fighting decree that would effectively suspend the trial for a year.

The case would have expired earlier this year under Italy's statute of limitations, but in January a Milan court ruled that the accusations could cover events up until early 2000, which potentially extends the deadline for another two years.

With speculation of an imminent sentence, the 71-year-old media tycoon, who won a third term in office in April's election, wants an urgent solution to a trial that he says undermines his leadership.

Berlusconi's lawyer Nicolo Ghedini made the formal request to remove Nicoletta Gandus, who is presiding over the trial in Milan.

Berlusconi, who has avoided conviction in many cases so far either by acquittal or because time has run out, sent a letter to the head of the Senate on Monday justifying his attempts to delay the trial.

He called the trial "yet another astonishing attempt by (a judge) to use justice for political ... ends ... supported by a court which is itself politicised and has rolled over and accepted the prosecution's arguments".

Milan Chief Prosecutor Manlio Minale rejected Berlusconi's allegations of bias, saying in a statement that the case against the premier had been conducted "with total respect for the right to defence and the sole aim of discovering the truth".