Despite protests from the weakened centre-left opposition, the senate gave final approval for legislation halting criminal trials against Italy's top four elected officials, including Berlusconi, while they are in office. 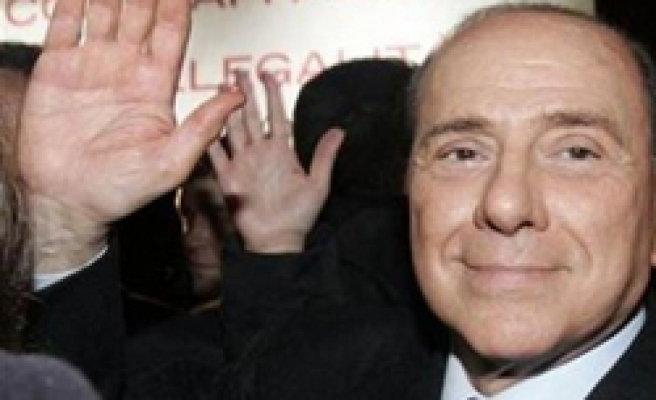 The Italian parliament approved a law on Tuesday giving Prime Minister Silvio Berlusconi immunity from prosecution, a victory for the conservative billionaire who has long complained of being hounded by "biased" prosecutors.

Despite protests from the weakened centre-left opposition, the senate gave final approval for legislation halting criminal trials against Italy's top four elected officials, including Berlusconi, while they are in office.

Critics said the measure was custom-designed to rid the 71-year-old media mogul of legal headaches, including a high-profile graft case against him and British lawyer David Mills in Milan.

"Citizens have the right to know if their prime minister is or isn't a criminal," said centre-left lawmaker Antonio Di Pietro, a former anti-graft magistrate.

Anna Finocchiaro, head of the opposition Democratic Party in the senate, said the legislation brought Berlusconi closer to the profile of a sovereign monarch.

But allies say the measure will allow Italy's top officials, also including the president and heads of both chambers of parliament, to govern without legal distraction.

Berlusconi, elected to a third term as premier in April with a strong parliamentary majority, says politically motivated prosecutors have been out to get him since he entered politics 14 years ago.

He counts 2,500 hearings, 587 visits by the police and 174 million euros in legal fees. The media tycoon has won all of the cases against him so far, either by outright acquittal or because time had run out under Italy's statute of limitations.

"I'm the universal record-holder for the number of trials in the entire history of man -- and also of other creatures who live on other planets," he told reporters earlier this month.

In the Mills case, Berlusconi is charged with paying the British lawyer $600,000 in 1997 from alleged "secret funds" held by Mediaset -- Italy's largest private broadcaster -- to withhold incriminating details of his business dealings.

Both men deny any wrongdoing and Berlusconi has said he would rather fight the Mills case in court than freeze the proceedings.

Under the law, Berlusconi could opt not to invoke immunity. But his legal team has also accused the court of being biased and analysts expect it will be very difficult for him to resist suspending the trial.

"It (the law) will put an end to the one or two remaining trials against Berlusconi. And that really seems to have been accepted by most people among the main political parties," said political commentator Sergio Romano.

The legislation contains caveats meant to appease some critics, including limiting immunity to a single term in office and allowing injured parties to seek civil damages even if a criminal case is suspended.

The law must still be signed by Italy's president and published in its official gazette before going into effect.