Ex-Colombian presidential candidate Ingrid Betancourt, who has been held hostage by leftist rebels since early 2002, has again been tied up following a new escape attempt, media reports said. 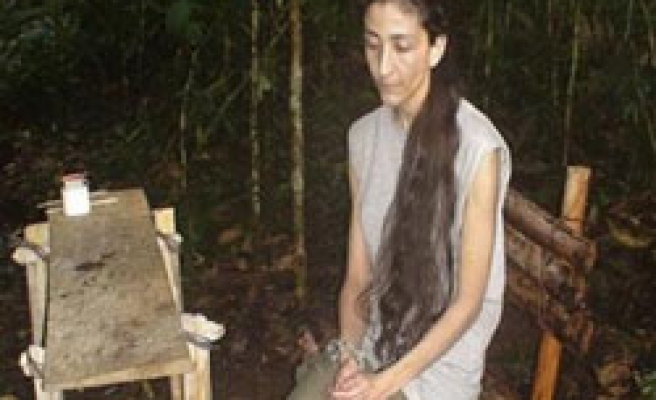 Betancourt holds dual French-Colombian citizenship and is the most high-profile hostage held by the Revolutionary Armed Forces of Colombia (FARC). She needs a blood transfusion due to several illnesses she suffers.

The radio station Caracol reported from the southern Colombian province of Guaviare, where the woman was allegedly being held, that an unidentified but trustworthy source said Bentancourt is also refusing to consume food and to take the medication prescribed for her health problems.

Betancourt reportedly suffers from leishmaniasis, malaria, hepatitis B and severe malnutrition, as well as a serious depression, the source said.

The source told Caracol that he made contact with members of FARC in Guaviare some 10 days ago, and the rebels said Betancourt is suffering from diarrhoea and vomiting.

The report contradicted earlier information, by saying that Betancourt, 46, has not been treated at any health centres in the province.

A Roman Catholic priest active in a jungle area in Guaviare said last week Betancourt appeared to have "lost the will to live" and wept when villagers spoke to her. Some 300 rebels escorted her to see a doctor in a southern Colombian town, Father Manuel Mancera told Colombian media.

However, the medical head of the health centre in the village El Capricho, where she reportedly received treatment, has denied this was the case.

Caracol said Betancourt again tried to escape from captivity, but failed and got even more sick. This move apparently led her to be tied up, as punishment.

Astrid Betancourt, a sister of the hostage, expressed some hope Monday that France's efforts to obtain her release may bear fruit soon.

FARC is believed to have 740 hostages. The group wants to exchange 40 of them - soldiers, police officers and politicians - for 500 of their members currently in prison.

Last week, Colombian President Alvaro Uribe reiterated that his government was ready to exchange FARC rebels for Betancourt and other hostages.