Bhutto's son to announce PM at next parliament session

The son of slain former prime minister Benazir Bhutto and future chairman of her Pakistan Peoples Party (PPP) will announce who will be the next premier, party officials said Thursday. 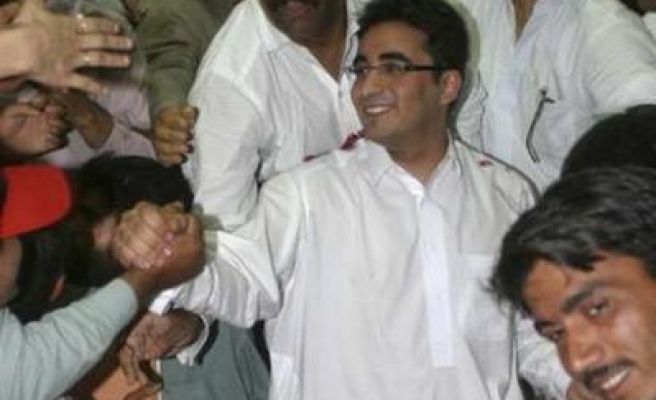 "He will announce the prime minister. That will be when the next session of parliament convenes," PPP spokesman Farhatullah Babar said.

Babar declined to say who would be named. "I cannot say who the frontrunner is, that might be misleading," he said.

The PPP had agreed Asif Ali Zardari, co-chairman and widower of Bhutto, would announce the next prime minister but he decided his son should do so.

But when the next session of parliament meets is still in question.

President Pervez Musharraf will call the session after the caretaker Prime Minister Muhammadmian Soomro informs him they are ready to meet.

The president's spokesman Rashid Qureshi Thursday said there is much speculation Musharraf will delay calling that session but that is just people talking and suggested he would not delay, but declined to flat out deny any delay.

"People in the past have delayed for one reason or another ? but it's never been delayed by this president," he said.