Big powers to gather in France con. but Sudan, AU sceptical of purpose

France brings US, China and some 15 other nations together for a major conference Monday aimed at launching a new international drive for Sudan's Darfur region. 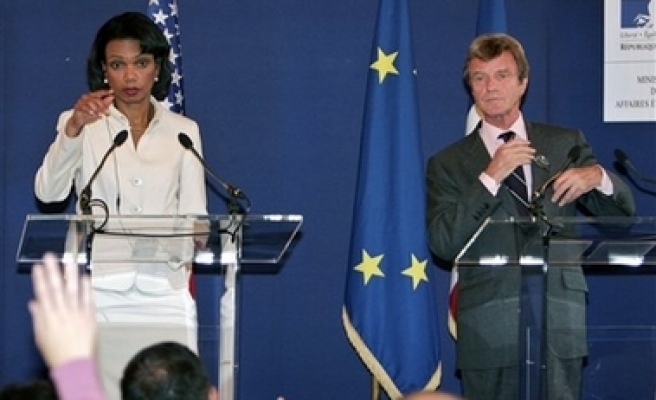 France brings the United States, China and some 15 other nations together for a major conference here Monday aimed at launching a new international drive for Sudan's Darfur region.

The meeting comes after Sudan agreed to the deployment of peacekeepers in Darfur under the United Nations and the African Union.

Khartoum is boycotting the conference, angry that it was not consulted during preparations for the meeting and arguing that the French initiative will unnecessarily duplicate efforts by the UN and the AU.

The African Union is also staying away, sceptical about the meeting's purpose and miffed at being kept out of the planning.

The Paris conference is nevertheless seen as an opportunity to help end the conflict in Darfur.

At least 200,000 people have been killed and two million driven from their homes since 2003, according to the United Nations. Khartoum says those figures are exaggerated.

French President Nicolas Sarkozy and his foreign minister Bernard Kouchner have made Darfur a high priority amid concern for the instability spreading to neighbouring Chad and the Central African Republic, two French allies in the region.

The US administration is facing an increasingly vocal rights movement with Hollywood stars George Clooney and Angelina Jolie using their celebrity status to raise public awareness about the plight of Darfur's refugees.

Pressure is also mounting on China ahead of the 2008 Olympics to improve its human rights record, spearheaded by activists who accuse Beijing, Sudan's biggest oil importer, of helping Khartoum bankroll some of the atrocities in Darfur.

Sarkozy on Monday is due to welcome the foreign ministers at the Elysee palace before the conference officially opens. Last Mod: 25 Haziran 2007, 12:32
Add Comment