Clinton, who gave the Democratic presidential candidate's energy policy faint praise over the weekend, has not yet said in public that he would support Obama. 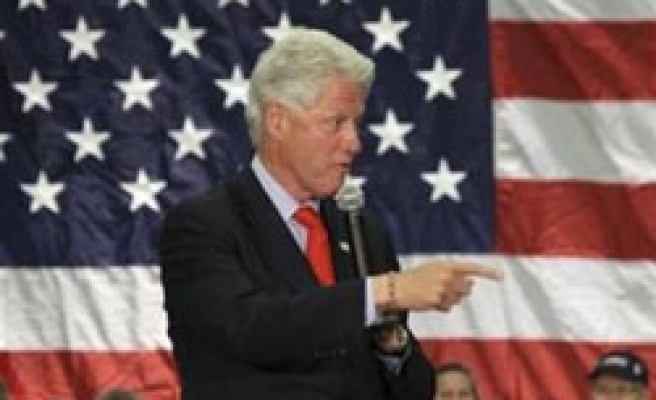 Clinton, who gave the Democratic presidential candidate's energy policy faint praise over the weekend, has not yet said in public that he would support Obama.

"President Clinton is obviously committed to doing whatever he can and is asked to do to ensure Senator Obama is the next president of the United States," Clinton's spokesman Matt McKenna told Reuters in a one-sentence e-mail.

He gave no further details.

Obama said on his campaign plane that he had not spoken to Bill Clinton yet because the former president has been in Europe.

"But we're looking forward to setting up a long conversation," the Illinois senator told reporters as he traveled to Los Angeles. "He's as smart as they come. He's a great strategist. We're going to want him campaigning."

Obama and New York Sen. Hillary Clinton spoke on Sunday night and one of the things they discussed was Obama and former President Clinton connecting, a campaign official said.

On Sunday, Bill Clinton made his first public address since his wife ended her presidential campaign on June 7 after Obama clinched enough support to be the Democratic nominee in the November election.

The only time he mentioned Obama during a speech to the U.S. Conference of Mayors was when Clinton said he preferred the Democrats' energy policy to that of Republican rival John McCain.

The former first lady has endorsed Obama, urged her supporters to rally behind him and is scheduled to campaign with him on Friday in Unity, New Hampshire.

But her husband, the last Democrat to be U.S. president, has not yet done so and ignored journalists on Sunday when asked when he might publicly endorse Obama.