A black-and-white interrogation video of Osama bin Laden's driver showed Salim Hamdan rejecting under questioning in a dark cell that he worked for al Qaeda. 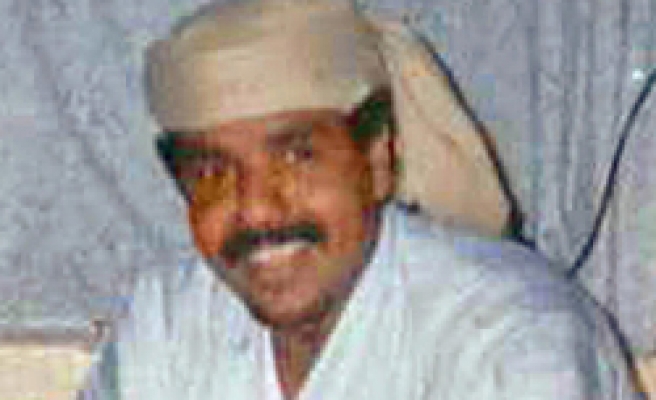 A former driver for Osama bin Laden moved the al-Qaeda leader to a safe location days before the September 11 attacks because "an operation was on its way", a former FBI agent has alleged.

A black-and-white interrogation video of Osama bin Laden's driver showed Salim Hamdan rejecting under questioning in a dark cell that he worked for al Qaeda.

"I have no dealings with them," Hamdan said of al Qaeda in the subtitled video as an off-camera questioner grilled him.

Hamdan also rejected owning two surface-to-air missiles found in the car he was driving when stopped in November 2001. The weapons belonged to the car's owner, he said.

The tape showed him in two questioning sessions, always sitting on the floor, at times with his hands tied and at times appearing to nurse aching legs. At the end of each session, guards put a cloth sack over his head and led him away.

Hamdan, a Yemeni father of two with a fourth-grade education, is the first Guantanamo prisoner to face trial before the controversial tribunal at the remote base on Cuba. He faces life in prison if convicted.


The agent made the claim during the military trial of Salim Hamdan, a Yemeni national, in Guantanamo Bay, Cuba.

The agent's remarks follow allegations by the prosecution on Tuesday that Hamdan knew the target of the fourth hijacked aeroplane in the attacks on the United States in 2001, which killed almost 3,000 people.

The aircraft, United Airlines Flight 93, crashed in a field in the state of Pennsylvania after passengers apparently fought back against the hijackers.

Hamdan allegedly heard bin Laden say that the aircraft was heading for "the dome", an apparent reference to the US Capitol building, Navy Lieutenant Commander Timothy Stone said.

Hamdan later protested the showing of a video of his interrogation by US authorities, walking out of the courtroom.

"Mr Hamdan does not want to watch the video," one of his lawyers told the military officer presiding over the trial.

The video shows Hamdan with a thick beard two days after his capture in Afghanistan in November 2001.

In poor quality footage, he is shown kneeling on the floor under armed guard with his hands cuffed, struggling to answer a barrage of questions about items allegedly found in the car he was driving, including two surface-to-air missiles.

Hamdan's defence lawyer, Harry Schneider, has said that his client was merely an employee of bin Laden's and had no significant role in the attacks, widely thought to have been committed by the al-Qaeda network.

Captain Keith Allred, the military officer presiding over the tribunal, had earlier dealt a blow to the prosecution by ruling they could not use some evidence because it was obtained in "coercive" conditions when Hamdan was held in Bagram, Afghanistan, after his capture in 2001.

The judge also left open the possibility of throwing out other evidence from an interrogation in 2003.

However he rejected demands from defence lawyers to prohibit statements made by Hamdan during his six years at the Guantanamo camp.

The judge said that as Hamdan was being held as a designated "enemy combatant" the protections guaranteed by the US constitution against self-incrimination did not apply.

Allred's decision on evidence obtained by coercive means could present difficulties in future trials at Guantanamo, including the case of Khalid Sheikh Mohammed, the alleged al-Qaeda mastermind behind the September 11 attacks.

Earlier this month five men, including Mohammed, were charged with crimes relating to the September 11 attacks.