Osama bin Laden's son Omar is to appeal after his application to move to Britain with his British wife was rejected because his presence might cause "considerable public concern," his wife said on Thursday. 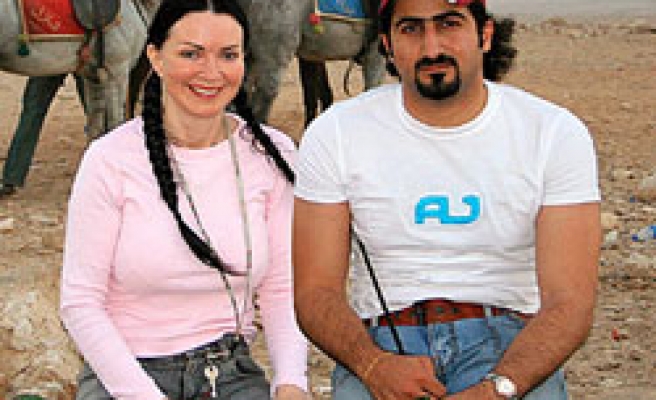 Omar bin Laden, 27, married Zaina Alsabah, 52, formerly known as Jane Felix-Browne, in Omar's homeland of Saudi Arabia last year and the couple had hoped to move to Britain to be near the rest of Zaina's family.

But the Entry Clearance Officer at the British embassy in Cairo turned down his application to move to Britain because of "continuing loyalty to your father who is ultimately held responsible for the London bombing in July 2005."

The immigration officer said the decision was made because of "statements (Omar) made in recent media interviews," but the couple denounced the fact that the decision had been made on "evidence obtained from newspaper articles."

Zaina said that she had "no idea" what articles were referred to and that the embassy's rejection was the first time her husband had heard of the July 7, 2005 attacks in which four bombers and 52 others died.

"He's lived a very reclusive life in Saudi Arabia -- he didn't want to know what was going on because it was too traumatic," Zaina said.

"He didn't even know about 7/7. He said 'Now I know about it of course I'm sorry.' It's not Omar's fault. There are obvious reasons he won't say his father, or anyone else, is a terrorist."

UK-based lawyer Amjad Malik released the embassy's assessment which said his "exclusion from the United Kingdom is conducive to the public good." The British embassy said it did not comment on individual visa applications.

"Omar is a good man -- he's fighting for peace," Zaina said. "He's always condemned bombings and the killing of civilians, no matter where they're from."

The couple have "full faith in British courts that justice will be done and they are engaging a British law firm to proceed with their appeal," the statement said.

Omar said in an interview with CNN earlier this year that he had not spoken to his father since 2000.