Barack Obama has not asked black voters to back him solely because he could become the first black president in U.S. history, but for many African Americans the prospect remains tantalizing. 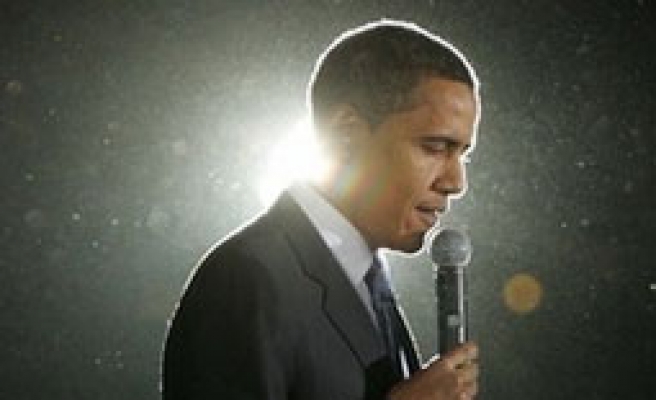 Many see his campaign for the Democratic nomination in terms of racial progress and in the context of a long struggle for political participation.

In interviews, people said Obama's ability to win primary and caucus races in predominantly white states also challenged a deep pessimism about the electoral prospects for an African American. Obama had a Kenyan father and white American mother.

"No one thought this would happen in our lifetime, or even in the lifetime of our children," Harris-Lacewell said.

Blacks overwhelmingly vote for Democratic candidates and big majorities have supported Obama over his rival Sen. Hillary Clinton who, along with her husband former President Bill Clinton, forged close ties with black voters.

Clinton has campaigned extensively for black votes but has seen her support erode despite the backing of influential politicians including the top tax writer in the House of Representatives, Rep. Charles Rangel of New York.

The senior black representative in Congress, Rep. James Clyburn of South Carolina, is staying neutral in the race but in a sign of eroding support prominent Congressman John Lewis switched his endorsement on Wednesday from Clinton to Obama.

"The people are pressing for a new day in American politics and I think they see Sen. Barack Obama as a symbol of that change," Lewis said.

Black support for Obama who is running to succeed President George W. Bush in elections in November is sometimes presented as a matter of simple racial pride.

The sentiment is expressed by the slogan seen on T-shirts: "He's black and I'm proud", a reference to a 1968 song by soul singer James Brown "Say it Loud - I'm Black and I'm Proud". But some argue the reasons for it are complex.

A year ago, black voters were unsure about Obama, who was relatively unknown and had not risen through civil rights era of the 1960s that brought many blacks into national politics.

In February 2007 he lagged behind Clinton in polls of black voters, who make up about 10 percent of the U.S. electorate and are considered the most reliable Democratic block.

Only after a Jan. 3 win in Iowa, where there are few black voters, did his popularity among South Carolina blacks soar, suggesting that Obama's appeal in part is based upon his ability to rally a diverse constituency.

"(Black) people want their vote to count. They may have thought that he was attractive as a candidate but they weren't going to vote for him if he had no chance," said William Jelani Cobb, a history professor at Spelman College in Atlanta.

"With Obama he is going for broke. That raised a higher bar for him getting support from black folk," Cobb said.

In a debate with Clinton on Tuesday the Illinois senator repeated a message central to his campaign, which he has used with largely black audiences: that he can help bring unity.

"I can bring this country together I think in a unique way, across divisions of race, religion, region. And that is what's going to be required in order for us to actually deliver on the issues that both Senator Clinton and I care so much about," he said.

Even as Obama takes center stage in U.S. national politics, several voters expressed a fear they said was based upon history that suggests an African American risks having his ambition thwarted through violence.

The memory of the assassination of civil rights leader Martin Luther King 40 years ago is never far from their minds.

"This man's life they are going to snuff out before they let him sit in this seat (the White House)," said Shirley Hightower, a community activist at a housing project in Atlanta. "I like Obama but I am scared for him," she said.

At his request, the U.S. Secret Service began protecting Obama in May, the earliest that a presidential candidate has received protection -- 18 months before an election.

The U.S. Secret Service routinely provides security for the nominee from each political party, and as a former first lady, Clinton is protected.