The Prime Minister, who has sent British troops into conflicts in five countries since being elected in 1997, insisted the UK must remain willing to take a hand in the affairs of other states. 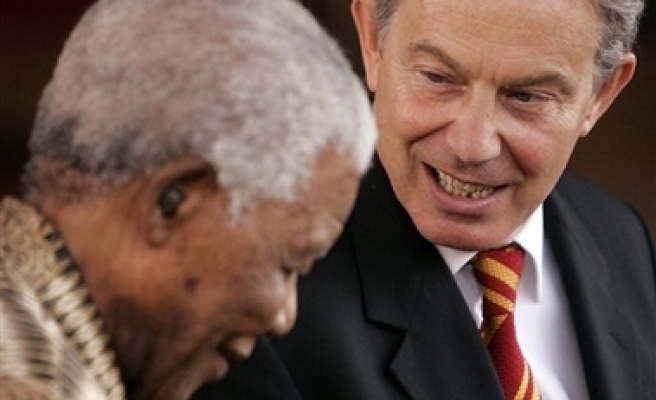 Tony Blair has mounted a final, passionate defence of his foreign policy, beseeching rich nations and African leaders to keep up his agenda of "liberal interventionism" after he leaves office next month.

The Prime Minister, who has sent British troops into conflicts in five countries since being elected in 1997, insisted the UK must remain willing to take a hand in the affairs of other states.

As he continued his valedictory tour with a visit to South Africa, Mr Blair said he still believes that it is right for governments to try to project western values around the world. "International politics should not be simply a game of interests but also of beliefs, things we stand for and fight for," Mr Blair wrote in a magazine article.

"We should be prepared to intervene, if necessary militarily, to prevent genocide, oppression, the deep injustice too often inflicted on the vulnerable."

Speaking in Pretoria yesterday, he accepted that events in Iraq have not unfolded as he had hoped, but once again insisted he had done the right thing. He said: "Consider the alternatives ... suppose we did nothing?"

Mr Blair said Africa was a prime example of where rich countries have a "moral obligation" to intervene. "Where oppression, poverty and injustice exists, it is not only our duty but also in our self-interest to do what we can to bring about change for the better."

The Prime Minister also called for next week's G8 summit in Germany to move towards a more formal mechanism for intervening in countries where human rights are at risk, a plan that could raise the prospect of action over Darfur in Sudan.

He said: "The interventions in Kosovo and Sierra Leone marked the high point of the government's foreign policy, but the success of these operations has been overshadowed by the disastrous misjudgment over Iraq."