Prime Minister Tony Blair has made a surprise visit to the Iraqi capital Baghdad. 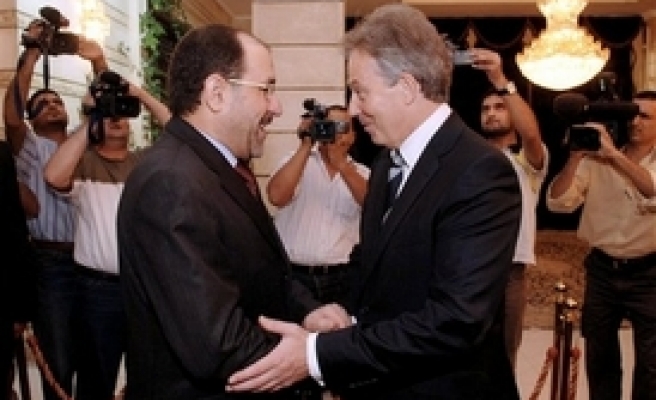 Mr Blair is due to have talks with President Jalal Talabani and Prime Minister Nouri Maliki.

"He's in Baghdad against a backdrop of the continuing major security operation but also significant developments in Iraqi politics," a spokesman said.

It is Mr Blair's seventh visit to Iraq and is expected to be his last before he steps down from office next month.

The British leader landed in Baghdad's heavily-fortified Green Zone after flying from Washington DC via Kuwait.

Mr Blair is expected to push for greater reconciliation between Iraq's Sunni and Shia factions.

Sunni and Shia leaders are having regular meetings with elected Iraqi officials.

Mr Blair's spokesman said: "The next few months are crucial in building on that momentum.

"What the prime minister will want to highlight in this visit is the fundamental link between politics and security."

The spokesman said the visit was intended to allow "the momentum in Iraqi's politics to create the space for long-term peace".


Mr Blair's premiership has been tainted by accusations he took the country into an illegal war. A recent poll by the Observer newspaper found 58% of respondents thought the Iraqi invasion was a mistake.

"We took a decision that we thought was very difficult. I thought then, and I think now, it was the right decision," Mr Blair said in Washington DC this week.

Violence has recently flared in the southern city of Basra, which is under the control of British troops. Twelve British soldiers were killed in Iraq in April.

In an interview run on Saturday, former US President Jimmy Carter criticised Mr Blair for his "blind" support of the war in Iraq.

Mr Blair is due to step down on 27 June.