Blair not my poodle, Bush says 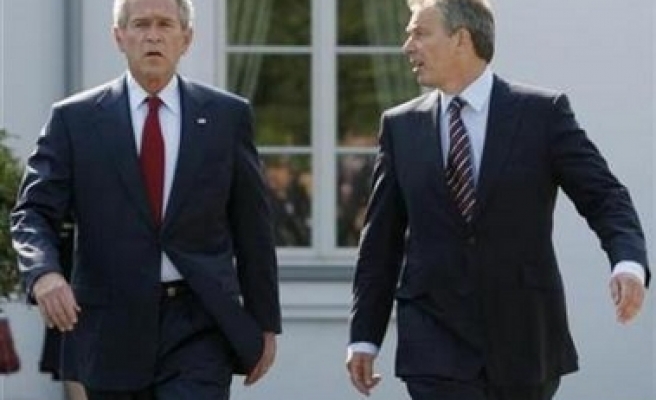 In comments printed the day Blair is set to vacate his Downing Street offices, Bush told The Sun tabloid from Washington that he also wished he had Blair’s oratory skills.

“I’ve heard he’s been called Bush’s poodle,” the president said of Blair, who has been heavily criticised in Britain for his decision to stand by the United States first in its invasion of Iraq in 2003, and later in its refusal to criticise Israel for its bombing of Lebanon last summer.

“He’s bigger than that. This is just background noise, a distraction from big things. This kind of thing is just silly ridicule and that’s how I treat it.”

After a decade as prime minister, Blair is to resign on Wednesday and hand over the post to his long-time friend turned political rival Gordon Brown, who will become prime minister without an election having to be called, by virtue of leading the majority party in parliament.

The president acknowledged, however, that the pair had very different speaking styles: “He’s much more kind of lofty and eloquent than I am. I tend to be just pretty matter of fact.”

He added that he had tried to convince Blair to stay on until the end of next year, when Bush finishes his time as president: “I selfishly said to him, “I hope you can stay out my term’.” Last Mod: 27 Haziran 2007, 15:48
Add Comment