Former British Prime Minister Tony Blair has been questioned for a third time by detectives investigating allegations of "cash-for-honours", the BBC revealed Thursday. 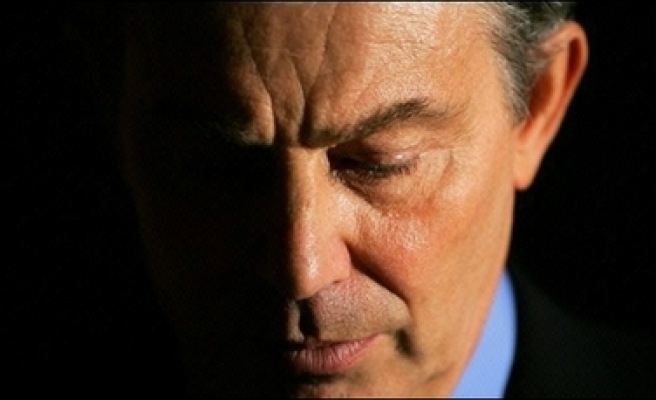 Former British Prime Minister Tony Blair has been questioned for a third time by detectives investigating allegations of "cash-for-honours", the BBC revealed Thursday.

Blair, who left No 10 Downing Street yesterday, has already become the first Prime Minister to be interviewed by police in the course of a corruption inquiry. Prosecutors had asked Scotland Yard to carry out further inquiries before deciding if charges should be brought.

Those questioned so far, including two of Blair's aides, deny any wrongdoing.

A spokesman at Scotland Yard said the Metropolitan Police was "not prepared to discuss" the inquiry, which has already seen at least 136 people being interviewed.

A spokesman for Blair refused to confirm or deny the latest development.

Earlier this month, No 10 fundraiser Lord Levy and Miss Ruth Turner, who worked in Downing Street, were re-bailed by police.

Both of them had been arrested and questioned as part of a year-long investigation which was, at first, checking if honours had been "sold" for donations to the Labour Party.

This was because after secret loans were made to Labour ahead of the 2005 general election, it emerged that some lenders had gone on to be nominated for peerages.

However, it was then widened to look into any attempt to cover up certain activities, and also went on to cover the other main political parties.

Blair was then questioned twice as a potential witness.

There have been two other arrests during the inquiry, with Labour donor Sir Christopher Evans re-bailed earlier this month, and head teacher Des Smith informed that he would not be charged.

No-one has been charged with any offences and have all consistently denied any wrongdoing. Last Mod: 28 Haziran 2007, 17:52
Add Comment