Blair to say next week when he will quit

Tony Blair will make a statement next week on when he will stand down as prime minister, he said Tuesday, the 10th anniversary of his party's landslide 1997 election victory. 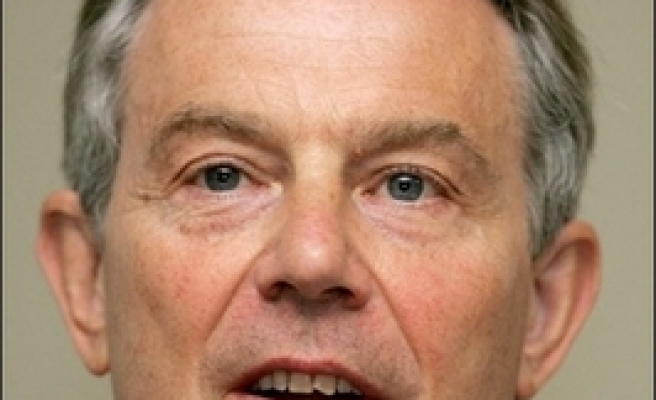 Tony Blair will make a statement next week on when he will stand down as prime minister, he said Tuesday, the 10th anniversary of his party's landslide 1997 election victory.

"I will make my position clear next week," he said in an interview on GMTV breakfast programme.

He also praised his likely successor, Chancellor of the Exchequer Gordon Brown, saying he would make "a great prime minister".

For his part, Brown -- Blair's long-term ally turned feuding foe, who is expected to take over as premier in July -- used a newspaper column to heap praise on "his oldest friend in politics".

The 53-year-old prime minister first announced that he would not be seeking a fourth term of office in 2004, and was forced by supporters of Brown into saying last September that he would be gone within a year.

He has refused to name the exact date but political observers have seen May 9 as the day Blair will announce his departure.

Power-sharing government between Catholics and Protestants in Northern Ireland resumes the day before. Brokering the peace between the two sides has been seen as one of Blair's greatest achievements in office.

Blair's announcement would immediately trigger a Labour party leadership and deputy leadership election campaign, as Deputy Prime Minister John Prescott, who is also Labour's deputy leader, has said he will resign at the same time.

So far, two left-wing candidates have said they want to challenge Brown, but doubts remain as to whether they can muster enough support among Labour colleagues in parliament.
Last Mod: 01 Mayıs 2007, 13:04
Add Comment