British Prime Minister Tony Blair planned to dismiss Gordon Brown and break up his power base at the finance ministry after the 2005 general elections, according to a leaked document published Sunday. 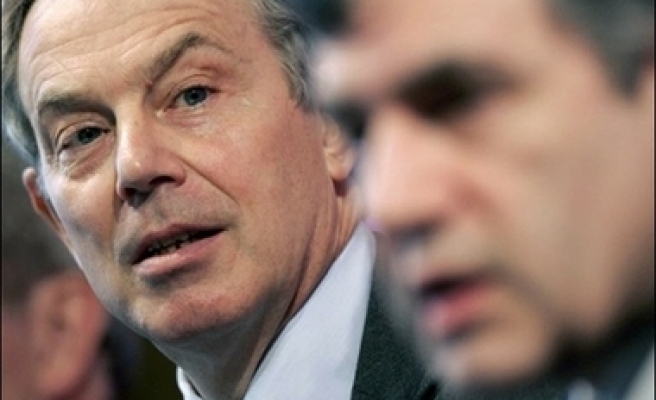 British Prime Minister Tony Blair planned to dismiss Gordon Brown and break up his power base at the finance ministry after the 2005 general elections, according to a leaked document published Sunday.

The Independent on Sunday published the confidential document three days before Brown succeeds Blair as prime minister, suggesting the revelation could undermine the smooth handover of power to Brown on Wednesday.

At his final cabinet meeting last week, Blair pledged "unswerving loyalty" to his successor, even if the pair have not denied that they have had differences in the past.

The newspaper said the document, of which Blair had a personal copy, outlines steps in reorganising the finance ministry, or Treasury, and features a briefing for the "new Chancellor" of the Exchequer, as Brown's post is formally called.

It also recommends personal qualities Brown's replacement should possess, like "lack of personal investment in previous policies" as well as "teamwork," the latter being a quality Blair supporters complain Brown lacks.

The document states that, on the first day in office after the May 5 election, Blair should "convey to the new Chancellor" his plans to break up the Treasury.

These plans would involve handing many of its key roles, including repsonsibility for tax credits, to other ministries.

The department's ability to spend money would be removed because it had "caused a conflict of interest," according to the leaked document.

In the end, the document was never implemented as Blair needed Brown to help with a faltering election campaign and the pair eventually struck a deal for Brown to stay on as finance minister, the newspaper said.

A spokeswoman at the prime minister's office at 10 Downing Street said: "We do not comment on leaked documents."

The document was published the day that Brown is to be annointed leader of the governing Labour Party before he formally becomes prime minister.

In Britain, the head of the largest party in parliament becomes prime minister. Governing parties can change leader mid-term without a general election having to be called.

In another story about their rivalry, Brown was alleged to have been behind a "coup" last September when a junior minister and seven official aides quit, demanding Blair's urgent resignation.

Blair subsequently announced he would step down within a year, later setting on the date of June 27. Last Mod: 24 Haziran 2007, 18:03
Add Comment