The British government is drafting new anti-terrorism legislation that will brings new tough restrictions to civil liberties of English citizens as Blair's last work before leaving. 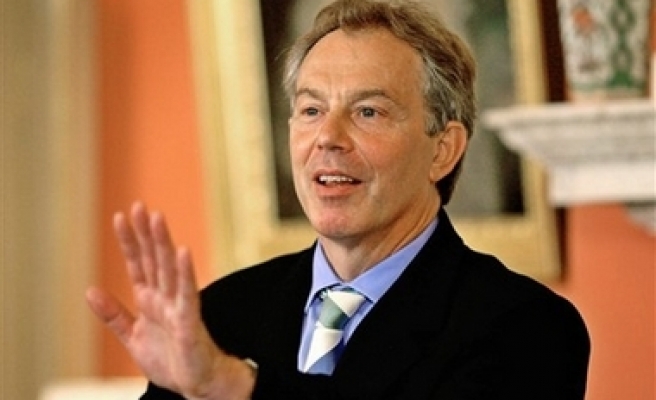 The British government is drafting new anti-terrorism legislation that will brings new tough restrictions to civil liberties of English citizens as Blair's last work before leaving.

According to new anti-terrorism legislation, it would allow police to stop and question individuals without suspecting a crime has taken place, the Home Office said Saturday.

Under the legislation, officers could stop and interrogate people on their identities and where they had been or were planning to go — powers they already have in Northern Ireland.

Under current British law, police have the right to stop and search individuals on "reasonable grounds for suspicion" they have committed an offense, but officers have no rights to ask for their identity and recent movements.

The new proposal would be part of a new anti-terrorism bill being prepared by outgoing Home Secretary John Reid.

"We are considering a range of measures for the bill and 'stop and question' is one of them," said a Home Office spokesman, speaking on condition of anonymity in line with department policy.

The move coincides with an attack by Prime Minister Tony Blair on critics of the government's approach to tackling terrorism. In an editorial in The Sunday Times, Blair accuses activists, opposition lawmakers and judges of putting civil liberties ahead of Britain's security.

"I believe this is a dangerous misjudgment," he writes, about a month before he is scheduled to leave office on June 27.

The three men had been under partial house arrest as part of the country's "control order" system, created after judges ruled that suspects couldn't be detained indefinitely without trial. Under control orders, suspects can be electronically tagged, kept under curfew, denied the use of telephones or the Internet and barred from meeting with others.

Blair writes in the Times that the terror threat faced by Britain is incomparable to anything that has come before and must be "confronted with every means at our disposal."

Civil liberties activists have said any attempt to create tougher anti-terror laws risked a new political battle for Blair on the eve of his resignation. Last Mod: 27 Mayıs 2007, 15:21
Add Comment