Azeri President Ilham Aliyev will take personal control of an investigation into an explosion in a mosque that killed three people and injured 10. 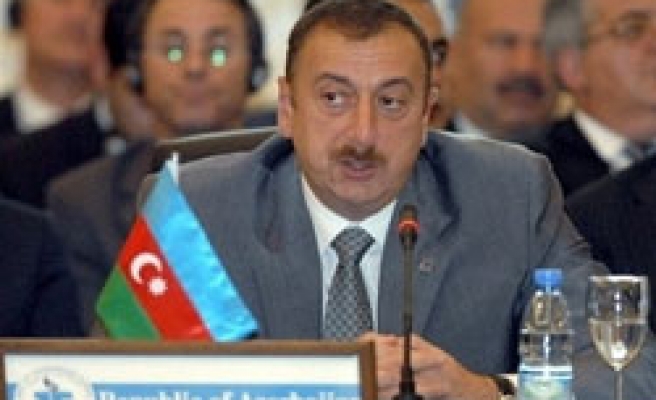 Azeri President Ilham Aliyev will take personal control of an investigation into an explosion in a mosque that killed three people and injured 10, Azerbaijan's chief prosecutor and government ministries said on Monday.

An unidentified man threw a grenade through a window of the Abu-Bekir mosque in central Baku during evening prayers on Sunday, the first direct attack on a religious building since Azerbaijan gained independence from the Soviet Union.

"What happened in the Abu-Bekir mosque was the result of discontent between two groups and is not a religious problem," Allahshukyur Pashazade told reporters.

"Whatever Muslims did here to other Muslims says something about competition and revenge and cannot strike a blow to tolerance in a country where Christians and Jews are respected," said Pashazade, head of the Muslim Directorate of the Caucasus.

Two people died at the scene of the explosion and a third died in hospital afterwards, Azerbaijan's interior and national security ministries and the chief prosecutor said.

The mosque is used both by Sunni and Wahhabi Muslims. Literature described as subversive by Azerbaijan's official religious leaders was last year removed from some representatives of the mosque.

Azerbaijan has launched several investigations into Wahhabism in the last few months. Law enforcement agencies this summer determined that Wahhabists convicted of an attempted terrorist act in the town of Sumgait had links to al-Qaeda.

The U.S. and Israeli embassies in Azerbaijan on Monday expressed concern about the incident.