At least four people were killed in a series of blasts on Tuesday near a naval college in the eastern Pakistani city of Lahore, police said. 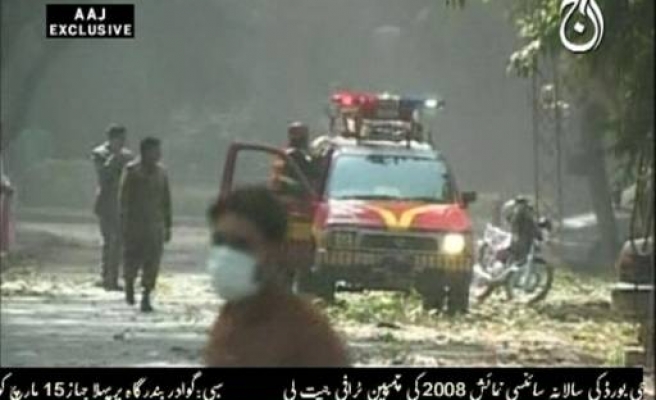 A suicide bomber killed at least six people in a truck bomb attack at the entrance to a Pakistan naval college in the eastern city of Lahore, officials said.

The bomber killed himself and four others in the initial attack, navy officials told Reuters, but two more people died in secondary explosions that followed.

"I saw a fully charred body," a Reuters photographer at the scene said. "A black cloud of smoke was rising from the scene as I reached there."

It was the fourth suicide attack in five days in Pakistan.

A navy spokesman told Reuters that a suicide bomber, or possibly two of them, drove a truck to the entrance of the Pakistan Navy War College in the historic city of Lahore, about 290 kms (180 miles) southeast of the capital, Islamabad.

He said the bombers and one navy staffer had died, but police put the toll at five dead.

Television pictures showed a damaged truck near the bent and buckled gates of the college. Emergency vehicles were seen rushing in and out of the premises.

Lahore, the capital of Punjab province, has rarely been targetted before although a suicide bomber killed 19 people, mostly police, in an attack near the High Court in January.