Bashir Ramathan, a 36-year-old Ugandan Muslim, might have lost his eyesight but he certainly has not lost faith in himself or hope in life. 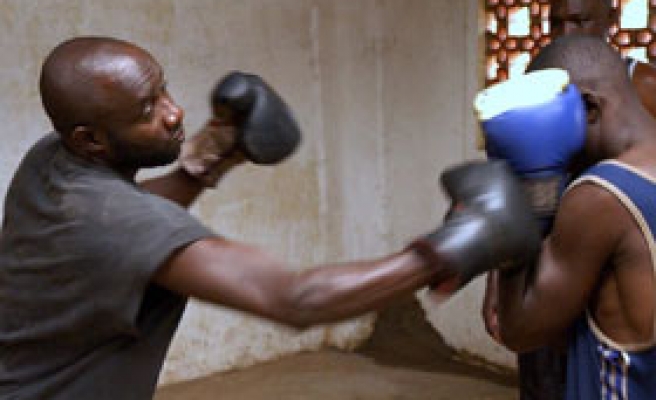 "You find other blind people sad at home. I say to them, you have to move. If you stay like that, you could bring more sickness on your body," Ramathan told Agence France-Presse (AFP) in an interview on Tuesday, March 25.

Ramathan lost his sight in 1995 and doctors told him his optic nerves had become paralyzed and that he would never see again.

His mother died the year before he lost his eyesight. The year after, his grandmother died.

Then, unable to cope with his blindness, his wife left him the following year, taking their daughter with her.

But the practicing Muslim refused to give in.
He learned how to do simple household tasks and run errands by himself.

"It forced me to become strong. I had to learn how to be alone," said Ramathan, leaning against a wall with cracked paint.

"I was told by my parents I could do everything."

Ramathan is not only trying to live a normal life but it exceed in the sport he began as a child; boxing.

He resumed his boxing career three years ago.

Every morning, he takes a two-kilometer, hour-long jog with a guide who runs alongside to prevent Ramathan from hurting himself.

He then heads to the gym for weight-lifting and training.

Ramathan recognizes that boxing is more difficult without sight, but says he has learned how to "see" with his ears.

In matches, he listens for the breathing and the footsteps of the other boxer to guide his own actions.

When the floor is too padded to allow noise, a coach stands outside of the ring to shout directions to both blindfolded boxers.

His coach, Hassan Khalia, 45, attributes Ramathan's skill to his talent for listening.

"Before he became blind he was a boxer -- I knew being blind would not hurt him," he says. "He's still one of the best."

Now Ramathan's name stirs amazement in coaches, while trainers gush over his skill and competitors quake in fear.

He has fought in over 15 matches since he resumed boxing and remains undefeated.

Peers call him "the German" -- a reference to Germany's tenacity on the football field, mirroring Ramathan's in the ring.

Others praise his agile movements and fine-tuned reflexes.

Robert Sembooze, a 25-year-old boxer, says he was wary of entering the ring with Ramathan for a blindfolded match.

"Boxers fear to compete against him blindfolded because Bashir can sense faster than others and is very sharp," he admitted.

"If there were more blind boxers, he could be a champion."

Ramathan aspires to be a contestant in this year's Paralympics, but lacks a sponsor.

A builder before he became blind, he now relies on his local mosque for sustenance.