A boat loaded with Haitians capsized early Friday, and about 20 bodies have been found, some partially eaten by sharks. A U.S. Coast Guard helicopter was searching for 58 other passengers. 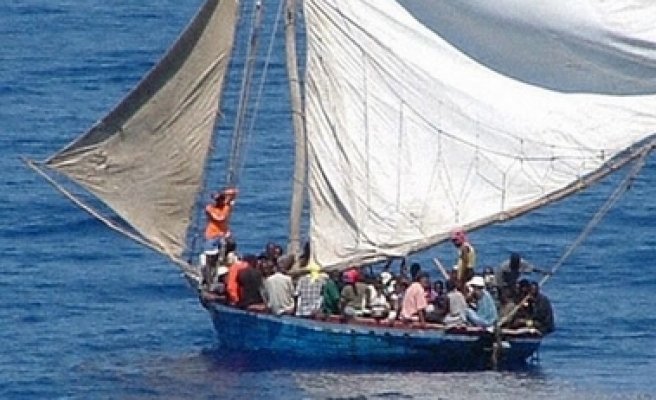 A boat loaded with Haitians capsized early Friday, and about 20 bodies have been found, some partially eaten by sharks. A U.S. Coast Guard helicopter was searching for 58 other passengers.

The police recovered 63 people from the vessel after it capsized about a half-mile south of Providenciales Island in the Atlantic Ocean. The island belongs to the Turks and Caicos, a British territory.

Survivors told police there had been about 150 people aboard the boat, the Coast Guard said. The police boat, guided by the Coast Guard helicopter, also rescued 10 people who were found clinging to the hull of the capsized vessel.

The Coast Guard said about 20 bodies had been seen.

An Associated Press reporter saw about a dozen bodies that had been pulled from the water and brought to South Dock, on Providenciales, about 120 miles north of Haiti. Some corpses had limbs chewed off.

The Coast Guard said the migrant vessel had capsized while being towed by a Turks and Caicos police boat at 4:30 a.m., but local authorities denied that. When authorities heard about the disaster, a police boat unsuccessfully searched in the darkness, but when the boat returned at daybreak, rescuers found some bodies in the water, said a Turks and Caicos official who did not want his name used because he was not authorized to speak for the record.

In the late morning, a Turks and Caicos boat attached a line to the capsized vessel and began towing it to Providenciales.