Malta's government has complained that other EU countries have not stepped in to help by taking some of the migrants whose intention often is to reach mainland Europe. 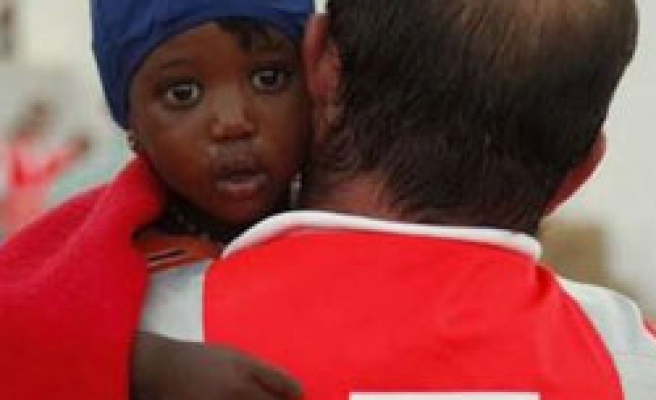 A boat carrying an estimated 120 illegal immigrants has been reported as stranded without fuel or water between Libya and Malta and no country has so far sent rescuers, a U.N. official said on Thursday.

Neil Falzon, head of the United Nations High Commission for Refugees office in Malta, said a person on the boat phoned a UNHCR representative on the Italian island of Lampedusa using a satellite phone early on Thursday.

Approximately 25 women and six children were among those on board the vessel, the person told the UNHCR.

Falzon told reporters that authorities in Libya, Italy and Malta had been informed.

"So far it looks like nobody is going out to help them but since they are in the Libyan rescue region, this is primarily a Libyan responsibility," Falzon said, adding the boat was located about 150 nautical miles south of Malta.

Every year hundreds of people, mostly Africans, are believed to drown as they attempt perilous sea crossings to reach Europe in the search of work and money.

Malta has so far this year received 1,800 illegal migrants, almost twice the number of arrivals in the same period of 2007. Malta's government has complained that other EU countries have not stepped in to help by taking some of the migrants whose intention often is to reach mainland Europe.

Emergency services in Italy last week warned that crowded holding centres in that country were near collapse, aggravating a state of emergency declared by the Italian government over the number of immigrants arriving on its shores.