Body of a person found in fire-hit Turkish city

The bones and the new-found body were sent to Istanbul for identification with a DNA test. 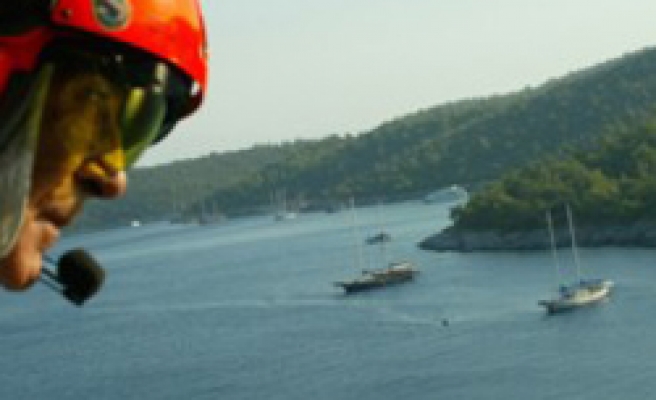 Body of a person, who was earlier reported missing, was found in Karatas village of the southern province of Antalya where a wide fire has been continuing for five days.

Teams found the body of Osman Kahya in a house in Karatas village in Serik town of Antalya. Earlier, bones of a person --believed to belong to missing Ali Deniz-- were found in another house in the same village.

The bones and the body were sent to Istanbul for identification with a DNA test.

Forestry Deputy Director General Mehmet Ali Yilmaz told AA that the fire, on its fifth day, was continuing in Karabucak region and Sagirin village. He added that the weather condition was appropriate for fire-extinguishing efforts.

The fire which broke out in Serik town of the Turkey's tourism heartland on July 31st destroyed at least 60 houses, dozens of farming buildings, a school and a mosque in Manavgat and Serik towns. Six villages were evacuated. The fire also destroyed livestock in the villages and millions of trees in the woodlands.