The leftwing Bolivian president, Evo Morales, has signed up with a minor league football team in La Paz, according to a local football association official. 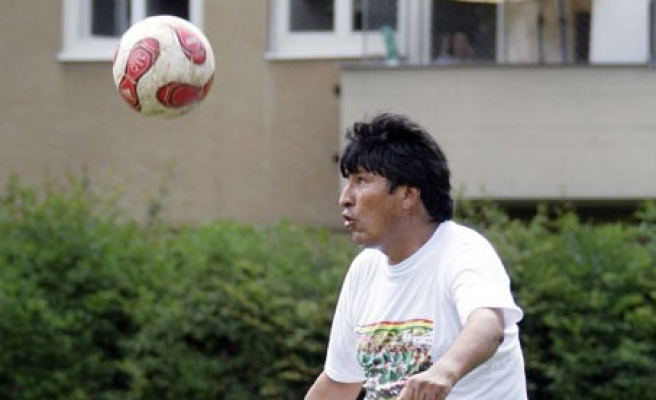 Morales has been listed as a reserve player for Litoral, an amateur second division team organised by Bolivia's national police, said Renato Arellano, president of the technical committee of the capital's football association.

Litoral could potentially rise to Bolivia's top professional league if the team manages to win a long series of qualifying tournaments this year.

The football skills of Morales, an outspoken critic of the US administration and ally of Venezuelan leader Hugo Chávez, helped to launch his political career.

Bolivia's largest coca growers' union named him its head of sports after his performances for a local coca growers' team caught the eye of union leaders. Morales went on to become the union's president.

He has been an outspoken critic of a Fifa ban on international matches at high altitudes.