MHP deputy Deniz Bölükbaşı has denied rumors in the press that he had laid claim to his party's supporting a constitutional amendment seeking to remove a headscarf ban on university campuses. 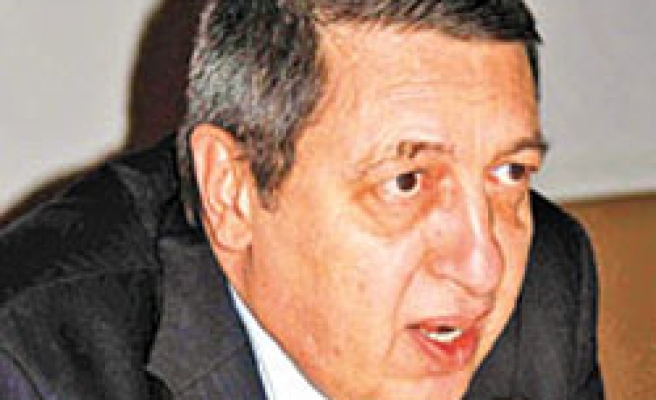 Nationalist Movement Party (MHP) Ankara deputy Deniz Bölükbaşı has denied rumors in the press that he had laid claim to his party's supporting a constitutional amendment seeking to remove a headscarf ban on university campuses.

A state prosecutor later used the amendment as grounds for a lawsuit against the ruling Justice and Development Party (AK Party), which put forward and supported the change, over charges of anti-secularism.

News reports yesterday claimed that during a dinner meeting, Bölükbaşı said that the MHP had actually deceived the AK Party by encouraging and supporting its efforts to pass a constitutional amendment to lift a long-standing ban on wearing a headscarf at universities.

Some AK Party deputies brought up the issue in question and voiced their misgivings during a meeting with Prime Minister Recep Tayyip Erdoğan. While the prime minister dismissed the claim that the MHP had set a trap for the AK Party as unimportant, the political scene in Ankara is discussing whether such a statement was actually made.

Balçiçek Pamir, a columnist for the news portal Habertürk, claimed on Thursday in her column -- titled "Is the man behind the closure case MHP Ankara deputy Deniz Bölükbaşı?" -- that Bölükbaşı "blurted out" while drinking: "The MHP's support for the removal of the headscarf ban is entirely my brainchild. Things have taken a good turn. The party is going to be shut down; my actual target was to get it closed down."

In response to the statement attributed to him, Bölükbaşı asserted that there was nothing in the column that could be taken seriously. He said that he had already spoken to Pamir, adding: "She told me that she would correct the mistake. If you read the article, you must have come across the part where it says it is gossip. The article is inconsistent; for example, she also says in the article that the prime minister will be the mayor of İstanbul. How can you take such an article seriously?"

While a number of other MHP deputies have made similar statements, MHP Deputy Chairman and Antalya deputy Tunca Toskay emphasized that Bölükbaşı was a very experienced politician and a good diplomat. "I cannot speak on his behalf; however, Bölükbaşı does not even joke about such matters. I do not think [he made the statement]," Toskay said.

Toskay particularly stressed that the MHP policy of backing the removal of the headscarf ban dated to times even before the AK Party was founded, recalling that the current solution, which has introduced a separation between those who serve and those who are served, had initially been devised by MHP leader Devlet Bahçeli in 1999 and shared with the then-prime minister, the late Bülent Ecevit.

"When you consider all of these, the MHP has never made plans to deceive anyone. The news article that claimed the MHP had deluded the AK Party has deeply upset us," he said.

Bölükbaşı has served Turkey as an ambassador for many years and was the head of the Turkish delegation during deliberations with the United States over the March 1 motion that forbade the US military from opening a northern front in Iraq from southeastern Turkey for its occupation of Iraq. In the July 22 general elections he was elected deputy from the MHP's Ankara list of candidates.

The headscarf ban was lifted through a constitutional amendment devised by the AK Party and the MHP. The process whereby the ban was eradicated had been initiated following a statement by Prime Minister Erdoğan in response to questions of a group of foreign reporters during his visit to Spain on Jan. 14, 2008. Erdoğan then said: "Women that wear a headscarf can freely enter universities in Europe and America. But in a Muslim country which is 99 percent Muslim, there is such a problem."

Following this, MHP leader Bahçeli issued a written statement on Jan. 17, suggesting making an amendment to the fourth clause of Article 10 of the Constitution. The draft bill prepared after the statements in question by the two leaders was passed by Parliament on Jan. 25 with the support of the AK Party and the MHP. After the passage of the bill, the Republican People's Party (CHP) petitioned the Constitutional Court to annul the passed bill.