A bomb exploded in one of Lebanon's most important mountain resorts late Wednesday, wounding at least five people, police said. 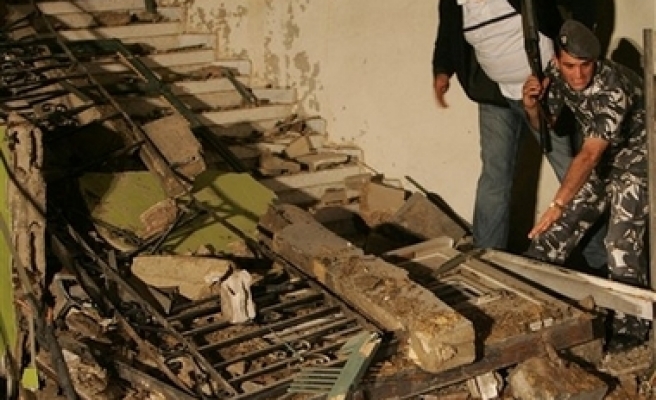 A bomb exploded in one of Lebanon's most important mountain resorts late Wednesday, wounding at least five people, police said.

The blast rocked the Druse town of Aley around 9 p.m. and was heard as far as Beirut's Mediterranean coastline about 12 miles to the west.

Police said the bomb was hidden in a bag and placed at the entrance of a building in a narrow street about 200 yards from the main government building in town. Ambulances and police rushed to the area minutes after the blast, which had also caused considerable material damage.

The explosion sheared off walls of apartments, tore down electrical cables and wrecked parked vehicles. It also blew off shutters on the many shops in the street.

Aley is popular with Arab tourists from the oil-rich Gulf who usually begin arriving in June to spend the summer in Lebanon.