An explosion struck a foreign military convoy outside the Afghan capital on Sunday, a NATO spokesman said. 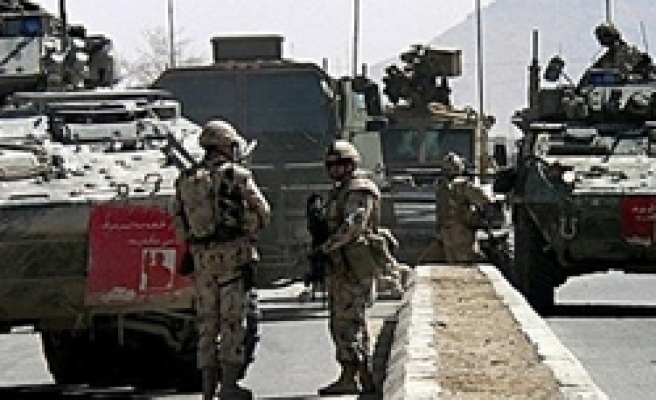 A roadside bomb struck a U.S.-led military convoy outside the Afghan capital on Sunday, killing one soldier and wounding another, the military said.

"A coalition service member was killed and another wounded when their convoy struck an IED (Improvised Explosive Device) this morning in Kabul," the U.S. military said in a statement without identifying the casualties.
A witness said a military helicopter arrived at the scene of the blast and evacuated at least three foreign nationals from a four-wheel drive vehicle which was hit. Foreign soldiers had cordonned off the site, a Reuters witness said.

Taliban insurgents have stepped up their campaign against US-led occupation forces in Afghanistan this year.