Days after Pakistan army begun to bring the mountainous region under control, bomber killed at least 38 people at a funeral of a policeman. 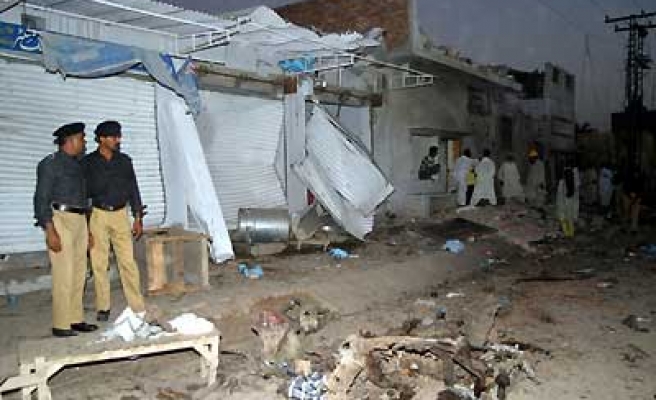 A bomber killed at least 38 people at a funeral of a policeman in the Swat district of Pakistan, days after the Pakistan army said it had begun to bring the mountainous region under control.

Another bomber rammed his car into a vehicle carrying paramilitary forces in the northwestern tribal region, killing one civilian and wounding 17 others, including nine troops.

Deputy Superintendent Karamat Shah, who was among more than 500 mourners at the Swat funeral, said the bomber attacked on Friday after people had offered prayers for the policeman, one of three killed earlier in the day by a roadside bomb.

"Pall bearers were carrying the coffin for a police salute," he said. Intelligence officials said at least 38 people were killed and a local doctor said more than 50 were wounded.