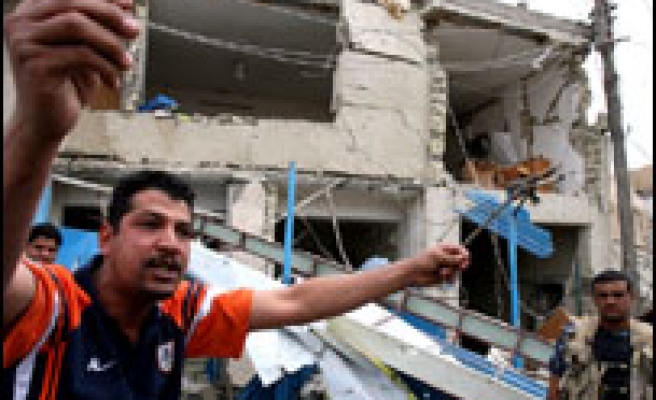 The attack took place in the southern, mainly Shia neighbourhood of Bayaa.

The first bomber sped through a checkpoint before exploding his car in front of the station, the other detonated his car at the checkpoint.

Bomb attacks continue in Baghdad despite a security crackdown involving large numbers of US and Iraqi troops.

Last Wednesday, a series of bombings in the capital killed more than 200 people in the worst day of violence since the US-led security operation began in mid-February.

Police said the force of the blasts on Sunday had set several police vehicles ablaze and damaged the police station.

Civilians and police officers were among the dozens wounded by the bombs which also damaged nearby homes.

Rescue workers said they expected the toll to rise as they searched through the rubble of the two-storey building.

Police stations are often targeted by insurgents who say officers are betraying the country by working alongside government and US-led forces.

In a separate incident, a mortar was reported to have hit a residential area of Baghdad, wounding at least two people.

The US President George W Bush has pledged some 30,000 extra troops to Baghdad, the focus of violence between Sunni and Shia communities.