A car bomb killed 25 people and wounded 40 on Thursday at an intersection in Baghdad where minibuses pick up and drop off passengers, Iraqi police said. 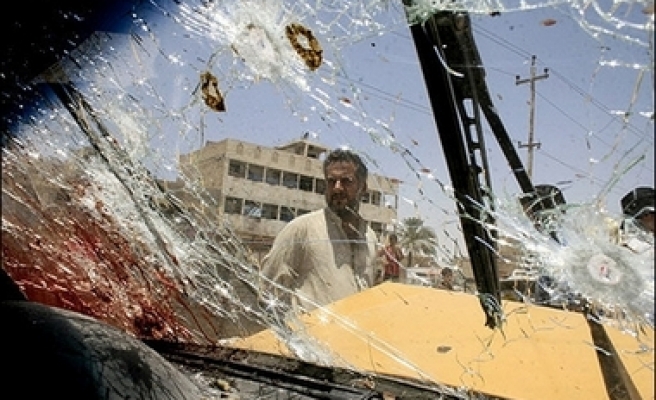 A car bomb killed 25 people and wounded 40 on Thursday at an intersection in Baghdad where minibuses pick up and drop off passengers, Iraqi police said.

In the southern city of Basra, a roadside bomb killed three British soldiers and wounded another in the early hours of Thursday, British military spokesman Major David Gell said.

He said the soldiers were on foot at the time of the blast in southeastern Basra.

Police in Baghdad said the car bomb exploded in the mainly Shia district of Bayaa, in the capital’s southwest. The area has been a frequent target of bomb attacks.

Around 40 vehicles were set ablaze by the bomb which went off during the morning rush hour.

Gell said the British soldiers were part of a routine convoy heading out of Basra and had dismounted from their armoured vehicles.

Foreign soldiers in Iraq increasingly get out in areas known to be mined with roadside bombs to reduce the risk of more casualties should a big blast hit a single vehicle carrying a number of troops.

“It is with deep regret that I can confirm three soldiers were killed by an improvised explosive device,” Gell said.

Britain recently reduced its troops in southern Iraq to around 5,500 soldiers from about 7,000.

Tens of thousands of US and Iraqi troops are engaged in an offensive against Al Qaeda in an attempt to take down the group’s car bomb networks.
Last Mod: 28 Haziran 2007, 12:00
Add Comment