A biopsy of the bone can help doctors determine what antibiotic is the best to use in treating diabetic patients with serious foot infections, according to findings published in the journal Diabetes Care. 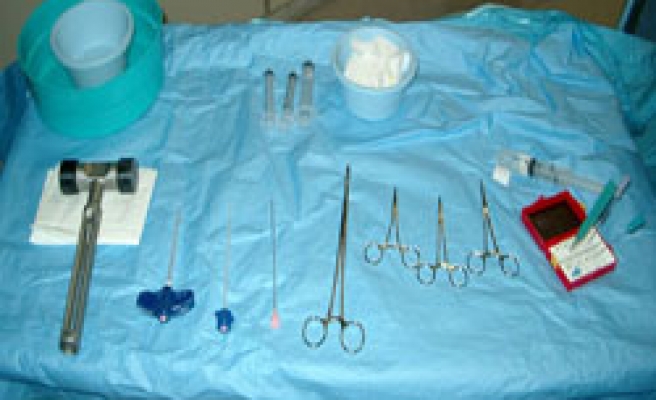 A biopsy of the bone can help doctors determine what antibiotic is the best to use in treating diabetic patients with serious foot infections, according to findings published in the journal Diabetes Care. This approach may help patients avoid surgery.

Due to circulation problems and decreased nerve sensation, diabetics are at increased risk for foot injuries that can go unnoticed. What may start as a simple blister can soon spiral into a serious skin infection, including one that extends down to the bone, referred to as osteomyelitis.

"The question of surgical versus nonsurgical treatment for diabetic patients with osteomyelitis of the foot remains subject to debate," Dr. Eric Senneville, of Dron Hospital, Tourcoing, France, and colleagues write. It has usually been though that these infections could not be successfully treated without removing a portion of the infected bone.

In the present study, the authors reviewed the medical records of 50 diabetic patients who were treated without surgery for osteomyelitis of various foot bones at 9 French diabetic foot centers. Among the various research questions addressed was whether a bone biopsy was better than a simple skin swab to determine the best antibiotic to combat the infection.

On average, the study subjects were 62 years old and had been diabetic for about 16 years. The average wound duration was 20 weeks, and the average duration of antibiotic treatment was 11.5 weeks. Overall, 22 patients (44 percent) underwent bone biopsy-based therapy, and 28 (56 percent) had swab-based therapy.

Success was defined as the absence of any sign of infection at the initial or a contiguous site at least 1 year after the end of treatment.

After an average follow-up of 12.8 months, success was achieved in 18 (81.8 percent) patients treated on the basis of bone culture results and in 14 (50 percent) of patients with swab-based therapy, the researchers report.

"Our results provide arguments for recommending the use of bone biopsy in diabetic patients treated nonsurgically for osteomyelitis of the foot," the team concludes.