Bosnia and Herzegovina is a country that stirs positive feelings in Turks through the mention of its name alone. 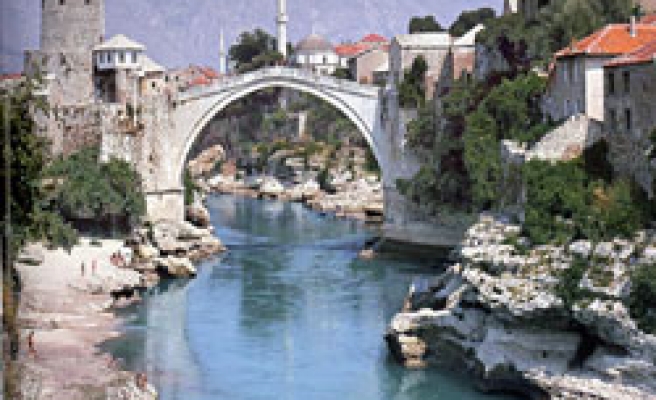 Bosnia and Herzegovina is a country that stirs positive feelings in Turks through the mention of its name alone. It is a brother whose sorrow is our sorrow, whose joy is our joy and whose success we also deem as ours.

It is also an Ottoman land still alive and vibrant with its Ottoman-style bazaars, houses and minarets in the midst of the European continent. Above all, it is a gift from Sultan Mehmet the Conqueror to the Ottoman state as a sultan, whose conquest of Constantinople had been foretold centuries ago by the Prophet Mohammed and who transformed the Ottoman state into a world empire mostly through the conquest of Thrace.

Bosnia and Herzegovina is the land of Bosniaks, who still retain their loyalty to and respect for their former administrators by clinging onto their religious, cultural and traditional values despite the centuries that have passed. It is an exceptional land where different faiths and sects never once clashed under Ottoman rule until the 20th century and where Christian peoples were completely safe and secure from any arbitrary act of injustice through an edict of Sultan Mehmet the Conqueror which is still kept and displayed in a monastery there. In short, it is a most beautiful land where Turks are treated just like other fellow Bosniaks.

There is a splendid park near the place where the River Bosna (Rijeka Bosna) springs. People come here particularly during spring and summer months to enjoy this area of outstanding scenic beauty. The short stroll we took across the park gave us a brief but unforgettable chance to experience a part of Bosnia's natural beauty.

After being subjected to three ethnic cleansing attempts in one century, Bosniaks still yearn for the Ottomans. While touring Vrelo Bosne, a Bosniak who found out we were Turkish said: "Welcome to your ancestral land. In the last century you left us here high and dry..."

In almost every part of Bosnia we came across Ottoman traces. We even ran into Ottoman history at a monastery we visited. The Ottomans did not deny their compassion and respectful behavior to any race or faith. They protected all, including Christians, living in their lands.

We visited the town of Fojnica, located 50 kilometers from the capital of Sarajevo. After driving for a bit, the remote monastery where the edict issued by Mehmet the Conqueror is kept appeared on the horizon, standing on top of a hill.

When we came to the Franciscan monastery, monk Mirko Majdandzic welcomed us. We were very happy and excited at the prospect of seeing the original edict for ourselves. In Bosnia, this imperial edict is referred to as a "covenant."

Bosnia and Herzegovina was conquered by Sultan Mehmet the Conqueror in 1463. After the conquest, the sultan granted many rights to the local non-Muslims as part of Ottoman state policy and made sure that they lived in utmost security, free from danger to life and property. Mind you, this was a human rights manifesto declared centuries before the Universal Declaration of Human Rights was written.

"I, Sultan Mehmet Khan the Conqueror, hereby declare to the whole world that the Bosnian Franciscans granted this edict are under my protection. And I command that:

No one shall disturb or harm these people and their churches! They shall live in peace in my state. These people, who have become immigrants, shall have security and liberty. They may return to their monasteries which are located on the borders of my state.

No one from my empire -- notables, viziers, clerks or my maids -- will dishonor or harm them!

No one shall insult, put in danger or attack the lives, properties and churches of these people! People and property these people bring from their own countries have the same rights.

By issuing this edict, I swear on my sword by the holy name of God, who created the Heavens and the Earth; His messenger Mohammed and the 124,000 prophets that came before him that no one from my citizens will react or behave in a way that opposes this edict!"

The original of this edict is still kept in this monastery. It is one of the oldest documents on religious freedoms. The sultan's oath became law in the Ottoman state on May 28, 1463. In 1971, the United Nations published a translation of the document in all of the official languages of the UN.

Majdandzic says that Sultan "Fatih" -- as he is known both in Turkey and Bosnia, "fatih" meaning "conqueror" in Arabic -- was a very clever ruler, adding: "This covenant meant that Christians on this soil could live in peace and security. By granting it, the sultan permitted Catholic priests to live here, carry on their activities and preserve and practice their faith. He also stopped a stream of migration with this document. The people of a conquered land have no chance but to submit to the conqueror's will. Despite that, the sultan gave us the right to live freely, which demonstrates how extraordinarily intelligent he was. Official institutions and laws always supported us after this edict."

Emphasizing the importance of this imperial edict for his monastery, the Franciscan monk also said he wanted everyone to be able to see it. "The place where we will display it is being constructed, so currently we are only able to show it to certain guest groups and journalists like you."

Monastery remained ever faithful to Ottomans

Majdandzic respectfully greeted us at the doors to the monastery, showed us around and on our way out, bid us farewell. Apparently, the centuries-long strict observance of human rights in such a unique manner by our ancestors helped us here in the form of a Christian monk, deeply affected by the Ottomans' commitment to justice and human rights.

Bosnia and Herzegovina lived in peace for 415 years -- from 1463 to 1878 -- as an Ottoman land, protected by Ottoman peace and justice. Even during a war in Bosnia in 1992-1995, when more than 200,000 Bosniaks were massacred in the middle of Europe and at the threshold of the 21st century, people living around and the monks of the monastery never once clashed with Bosniaks, who also never attempted to harm them despite bloodshed countrywide because, according to them, the monastery was still under the protection of the sultan, who they loved and respected despite the centuries that have passed by. Even today, people of different ethnicities have meetings to discuss the covenant.

Even though the covenant was issued 326 years before the French Revolution and 485 years before the Universal Declaration of Human Rights, a major part of the world's media disregard it since it shows the real compassionate identity and attitude of Muslims toward the entire humanity.

On the other hand, it still cannot be said that the world appreciates the true value of human rights. The horrendous things that have been happening in many countries such as Iraq and Palestine prove that such countries have never lived in complete peace ever since they ceased to be under Ottoman rule.

Visa: Bosnia and Herzegovina does not require a visa from the citizens of the US and of many European countries, including Turkey.

How to get there: Turkish Airlines (THY) has direct flights to the Bosnian capital of Sarajevo four days a week -- Monday, Wednesday, Friday and Sunday. The flight lasts one-and-a-half hours, and an economy class ticket costs 225 euros. The flight from İstanbul leaves from İstanbul Atatürk Airport at noon while the flight from Sarajevo's Butmir International Airport leaves at 2 p.m. Alternately, you may fly with Air Bosna. They offer direct flights between İstanbul and Sarajevo six days a week (except Saturdays) at affordable prices.

Accommodations: Bosnia has a large number of hotels. It is very easy to find clean and comfortable hotels at very reasonable prices.

Food: You will not have a hard time in this country. Bosnia's cuisine resembles Turkey's cuisine in some respects, except that it does not use vegetables and spices as much. I particularly recommend "cevap," that is, the Bosnian kebab, which you can find in any town or village.

Best time to visit: Although spring and fall are the best times to visit as summer and winter sometimes experience extreme heat and cold, you can enjoy the country in the summer, too. If you are interested in winter sports, there are ski resorts in the country. I advise Bjelasnica and Vlasic.

Things to take note of: Large parts of the country are still covered with mines. Although many areas have been marked (look for signs that say "Pozor mine" or "Opasnost mine"), you should remain vigilant.