Bosnian prosecutors said Wednesday they were investigating a former prime minister over the alleged illegal handover of suspects who ended up at the U.S. military prison of Guantanamo. 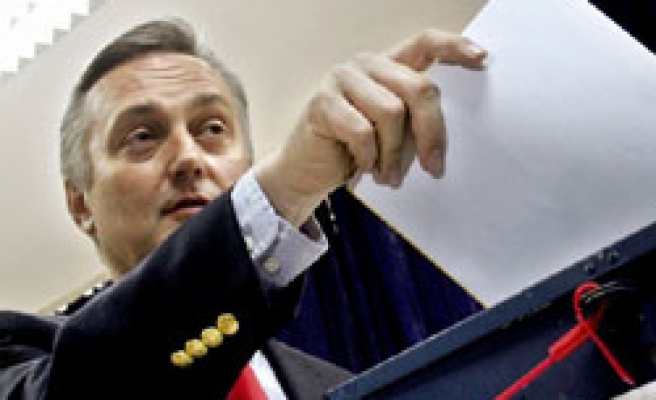 Zlatko Lagumdzija was being investigated along with Tomislav Limov, a former deputy interior minister in Bosnia's Muslim-Croat entity, on suspicion of the " illegal deprivation of liberty" and rights, the prosecution said in a statement.

The pair authorized the handover to the U.S. of four Bosnian citizens of Algerian origin in January 2002, despite several local court rulings against their deportation, the prosecutors said.

Among them was Boumediene Lakhdar, one of the Guantanamo prisoners who won the right earlier this month to challenge their detention in U.S. civilian courts. The three others were named as Hadz Boudellaa, Mohamed Nechle and Saber Lahmar.

The four men were among six arrested in October 2001 on suspicion of planning an attack against the U.S. and U.K. embassies in Sarajevo, but were acquitted three months later by the Bosnian supreme court. However, the next day they were transferred to Guantanamo, the remote U.S. military prison in southeastern Cuba, where they remain in detention.

In 2002 and 2003, Bosnia's top human rights court ruled the transfer of the group was illegal and urged authorities to take action to protect their rights.

Bosnia's prosecution office said in its statement on Wednesday the decision to hand the four over to the U.S. was "based on the ethnic origin of these Bosnian citizens."

"These Bosnian citizens...had been exposed to humiliating procedures, handed over to a state which can sentence them to death and are held in a heavily guarded, limited space where they have no conditions for dignified life and no hope of getting any help," the statement said.

The statement also said this could be blamed for the death of Boudellaa's daughter Sejma, who suffered from "heart weakness which she could not have treated due to a lack of funding."