Former int'l peace overseer says the Serb Republic had set up parallel institutions and was working towards secession. 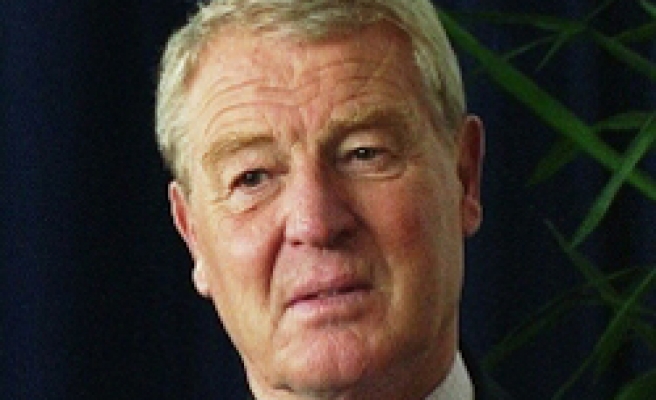 Europe needs a wake-up call. Bosnia is on the edge again

By Paddy Ashdown, The Observer

There is a terrible irony unfolding in Bosnia. Radovan Karadzic is at last on his way to the Hague. But the division of Bosnia that was his dream is now more likely than at any time since he became a fugitive.

I flew into Sarajevo the day after Karadzic was arrested, expecting to find a city in celebration because the architect of their four-year torment from the Serb guns, which killed 10,000 in the Sarajevo siege, was behind bars. But, after a brief flurry of jubilation, the mood is sombre. For people know that, after 10 years of progress which made Bosnia the world's most successful exercise in post-conflict reconstruction, there is a real threat of Bosnia breaking up again.

But now this is happening not because of aggression from outside, but because of weariness and misjudgment of the international community which is still supposed to be guiding Bosnia to its future. I think Washington sees the danger, but am not at all sure Brussels does. They think Bosnia is done. Their policy now is 'don't rock the boat in Bosnia' while we deal with Kosovo and Belgrade.

This is not just tactically wrong, it is strategically disastrous. If the past 20 years have taught us anything, it is that, when it comes to trouble, Bosnia is the fulcrum of the Balkans. Kosovo was never going to be easy, but it was short term and solvable. Belgrade is always going to be central and often going to be difficult. But though Serbia has exported conflict, it has not in recent years been its seat. That, down the centuries, has always been Bosnia, where even a brief spell of wrong-headedness can quickly become the prelude to enduring tragedy. You do not need imagination to know what happens when things go wrong in Bosnia - a memory ought to be enough.

Bosnia's predominantly Serb entity, Republika Srpska, Karadzic's creation, has seen the vacuum where will and policy should be. Its premier, Milorad Dodik, is now aggressively reversing a decade of reforms. He has set up the parallel institutions and sent delegations to Montenegro to find out how they broke away. He has used the autonomy granted by the Dayton Agreement to undermine the Bosnia Dayton envisaged. We do not have to speculate on his intentions, for he has said them himself.

He does not think Bosnia can survive and does not want it to. He does not regard Republika Srpska as part of a state, but as a state in itself. To be fair, Dodik has been firmly anti-Karadzic. He is not that kind of Serb nationalist. He is taking advantage of our short attention span. His control over his mini-state is becoming more and more centralist, while its institutions are more and more subject to serious accusations of corruption. His aim is certainly complete autonomy and, probably, ultimate secession as soon as the international community leaves or loses interest. Which could start midway through next year with the closure of the Office of the High Representative and the end of its executive powers.

Bosnia was the crucible in which the EU's foreign policy instruments were created. With an EU military force still here, a EU special representative with executive powers, a huge EU aid budget and a full-scale EU police mission, the EU has more leverage in Bosnia than in any other country. What will it say about the EU's pretensions if we will not act effectively to stop this bust-up happening?

Bosnia's entry into the EU's Stabilisation and Association Agreement, while welcome, will not by itself change this dynamic, unless Brussels gives him more backing. Chris Patten, when a European commissioner, used to say the danger was that the Balkans pretended to reform and the EU pretended to believe them. Now some in Bosnia do not even pretend to reform, but the EU still pretends to believe them. European conditionality used to be a lever for reform in Bosnia. It is becoming less and less so. On all sides, the commitment to Europe among Bosnia's leaders takes second place to the preservation of corrupt fiefdoms.

The problem is that Dodik is the only man with a plan. The Croats wait and see; the Bosniaks (Muslims) squabble among themselves. Their leaders, from President Haris Silajdzic down, need to start putting the public's interest before their own. And they need above all to start living in the present, not the past, and stop believing that because they are victims they do not need a strategy, that the international community will always ride over the hill to save them. This is fatally to misjudge the will of the international community post Iraq and Afghanistan. If Bosnia's Muslims will not even coherently help themselves, they cannot expect others to do it for them.

Meanwhile, in European capitals the growing view goes like this. We invested 13 years of hard work and huge resource in Bosnia. Now it is stable and peaceful and we are rather tired. Kosovo has proved it is possible to divide a country. What matter if Bosnia becomes another Cyprus? We don't want it, of course, but are not really prepared to do much to stop it happening.

This is folly of a very dangerous order. What happens to the Muslim populations who have moved back to Republika Srpska, even to Srebrenica, if they are handed back to an exclusively Serb-dominated regime? What happens to Bosnia's shining star, the multi-ethnic, markedly successful sub-entity of Brcko, hemmed in by Republika Srpska? Is it to be handed over, too? I do not believe Bosnia is likely to go back to conflict; most of its people are just too war-weary. But the one event that could change that calculation in favour of blood would be to return to the old Karadzic/Milosevic plan to divide Bosnia -what started it all back in 1992.

And the consequences would not end with the Serbs. The Croats in the south have always wanted their own space. If Republika Srpska breaks away, they will too. This would leave only central Bosnia as a home for its Muslims. What does it say to the Islamic world if, having once failed to protect Bosnia's Muslims from annihilation, we now fail to stand up for their right to live as part (the largest part, incidentally) of a democratic, multi-ethnic state? Or if we again stand idly by while they are reduced to a rump pocket of Islam in a part of Europe surrounded by hostility and enmity?

It is always more difficult, especially in the Balkans, to defend the preservation of multi-ethnic spaces and resist the creation of mono-ethnic ones. But to do otherwise is always folly and nearly always ends in blood.

Bosnia is going backwards again. The EU must stop running its policy for Bosnia for the benefit of its policy for Belgrade and Kosovo. Brussels must toughen up its conditionality, support its instruments on the ground, resist attempts to undermine the Bosnian state, insist on constitutional reform to make Bosnia more functional and tackle corruption which is becoming ever more embedded. It should also tell Belgrade that a key condition for progress towards Europe will be to support the Bosnian state and give no succour to those who seek to undermine it.

I'm sorry if this disturbs comfortable slumber of some capitals, especially in Europe. But I know of no way to whisper a wake-up call and no words to describe the pain that will ensue if Europe, once again, misjudges or misunderstands what is happening in Bosnia.