Bosnia's war crimes court ordered custody on Tuesday for a Bosnian Serb suspected of taking part in the Srebrenica massacre of more than 8,000 Muslim men and boys in the last months of Bosnia's 1992-95 war. 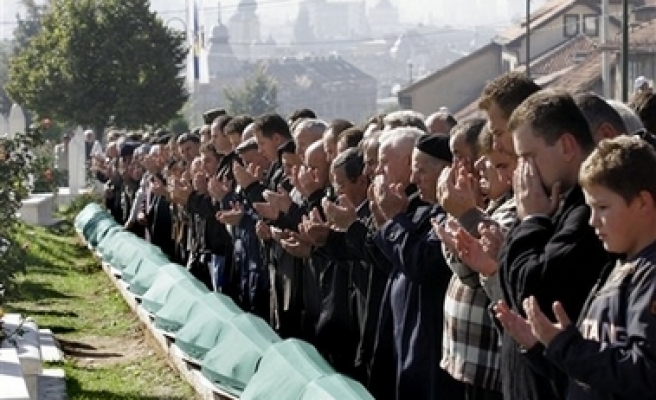 Prosecutors accuse Vaso Todorovic, a former special police officer, of having been involved in the detention and execution of 1,000 Bosnian Muslim men on a single day, July 13, 1995, in the eastern village of Kravice.

"There is grounded suspicion that suspect Todorovic ... participated in criminal action of extermination of Bosniak (Bosnian Muslim) civilians within the U.N. protected zone of Srebrenica," the court said, citing allegations by prosecutors.

The eastern town of Srebrenica was put under the protection of the United Nations Protection Forces (UNPROFOR) as a safe zone during the 1992-95 war but was overrun by Bosnian Serb forces commanded by General Ratko Mladic on July 11, 1995.

Men and boys among the 50,000 Muslim refugees from nearby towns and villages sheltering in Srebrenica tried to escape through the woods after the town fell, but most were hunted down, detained and executed by the Serb forces. Mladic, indicted for genocide for his role in the massacre, is still a fugitive.

The prosecution said Todorovic, along with other members of his squad, separated a group of up to 30 Muslim men from thousands detained in the village of Sandici, and handed them over to Bosnian Serb army soldiers.

"(They) put them on trucks, took them away and they disappeared without trace," the court's statement said.

Todorovic is also accused of taking part in the forced resettlement of 25,000 Muslim women, children and elderly who were separated from male family members and bussed to areas under the command of the mainly Bosnian Muslim army.

Thousands of victims of the Srebrenica slaughter, seen as Europe's worst atrocity since World War Two, have been found in dozens of mass graves in eastern Bosnia.

Some are buried at a cemetery near the town but thousands more await identification through DNA analysis.

The Bosnian war crimes court was set up in 2005 to allow the International Criminal Tribunal for the Former Yugoslavia (ICTY) in The Hague to focus on the most serious abuses of the conflict. It has convicted 14 suspects to date.
Last Mod: 09 Nisan 2008, 12:52
Add Comment