More than 3,000 people are believed to have disappeared in Chile after a1973 US-backed coup, which toppled democratically elected President Salvador Allende and paved the way for Pinochet to take power. 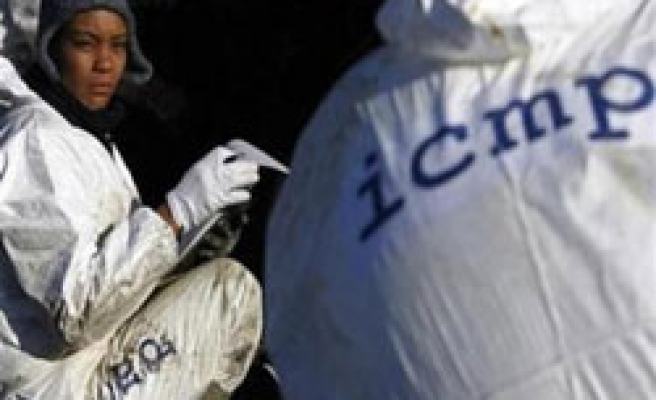 A Bosnian DNA laboratory said on Sunday it would help Chile in tracing the fate of people who went missing during the 1973-1990 rule of late dictator Augusto Pinochet.

The Sarajevo-based International Commission for Missing People (ICMP) said in a statement it had signed an agreement with Chilean authorities.

'This is a very important agreement for us ... the ICMP has opened a real opportunity for us to achieve justice in our cases,' Gloria Ramirez-Donoso, of the Chilean justice ministry, said in the statement.

Forty-three bone samples and 73 reference samples have arrived at ICMP's Sarajevo laboratories for testing. The bone samples came from a burial site at Calama, a desert region in northern Chile.

More than 3,000 people are believed to have disappeared in Chile after a1973 US-backed coup, which toppled democratically elected President Salvador Allende and paved the way for Pinochet to take power.

The ICMP project was developed in the Balkans in an attempt to discover the fate of some 40,000 missing people, mostly from Bosnia, following the conflicts there in the 1990s.

Since the first positive identification, made in late 2001, over 13,500 remains found in hidden graves in the Balkans have been identified.

After the Asian tsunamis in 2004, the ICMP played a leading role in efforts to identify thousands of victims in Thailand and the Maldives.

It has also assisted in identifying the victims of Hurricane Katrina which struck the United States in 2005.

The ICMP is currently assisting the government of Iraq with identification of thousands of people who went missing during the Saddam Hussein's dictatorship and has assisted Kuwait in identifying victims of Iraq's 1990's occupation.

DNA carries the hereditary information of living beings from generation to generation.