Thousands of Muslims from all over Bosnia gathered on Sunday in this tiny village in the centre of their country for their most important festival. 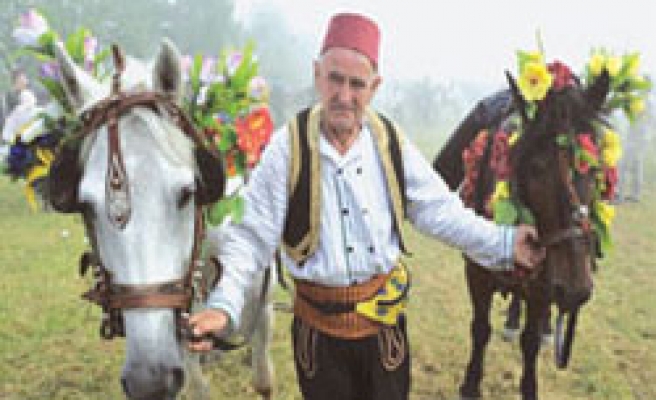 "I come here every year. It's a kind of confirmation of my faith," Naza Modric said.

"I believe this is holy place since God decided that water should begin to flow without help of any tools or machines," the 45-year-old man from the village of Banovici, near the northern town of Tuzla, added.

Modric is among thousands of men, women and children who climbed a seven-kilometre path leading to a miraculous site on the mount Ajvatovica, which has been sacred to Bosnian Muslims for more than five centuries.

According to a legend, dating back to the mid-15th century, when Turks entered Bosnian territory, Prusac did not have water. However, an abundant spring was blocked in a rocky hill.

Local Imam Ajvaz-dede, sent to the area by the Ottoman state prayed to God for mercy.

For several weeks he prayed in front of the hill. On the morning of the 40th day, when he briefly fell asleep, the hill split into two, allowing the water to get through and run down to the village.

Walking up the hill, the people waved green Islamic flags with white crescents, before stopping in a ravine, which they believe was created by God.

At the site they chanted 'Allahu Akbar' God is Great and prayed.

The Prusac festival was banned in 1947 by the communist regime of the former Yugoslav federation, that Bosnia was part of until 1992.

After Bosnia's first democratic elections in 1990 the festival was allowed again.