The 1992-1995 War in Bosnia and Herzegovina brought many Bosnian women to their Islamic roots. 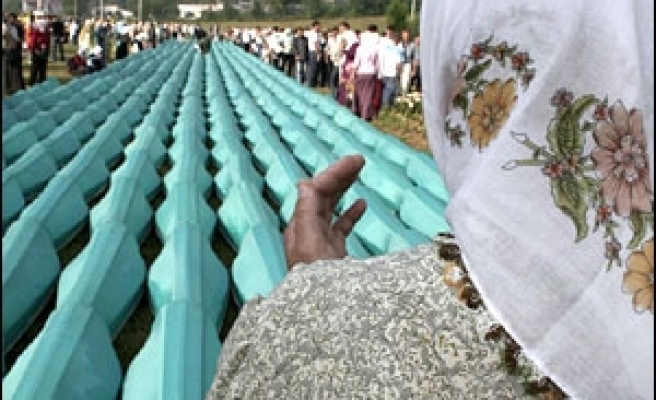 The 1992-1995 War in Bosnia and Herzegovina brought many Bosnian women to their Islamic roots.

Begic said that she was raised in total freedom and was never concerned with tradition. However, she decided to be the first woman in her family to wear the headscarf since her great-grandmother.

Although Muslims are reported to contribute around 58% to Bosnia and Herzegovina’s population, according to the UN Development Programme report in 2002, most Muslim girls follow fashion, drink alcohol and socialize freely.

Despite this, the number of women choosing to follow Begic footsteps is rising as many started observing religious events and wearing the headscarf over their modern clothes.

"People were surprised, commented, asked questions. Some found it totally unacceptable. But it is absolutely my own choice," Begic said while waiting for the start of an avant-garde theatre play in Sarajevo, according to Reuters.

The start of the 15th century marked the entry of Islam to the country during Qttoman ruling since most of the population was primarily atheists classified as just another ethnic group in multi-cultural socialist Yugoslavia.

“Most Bosnian Muslim women have been highly secular, well educated and shared their history and heritage with Christians and Jews," said Dino Abazovic, a sociology professor at Sarajevo University. "They also lived in a territory that is far away from other Islamic countries."

In 1990, many Muslim volunteers came to Bosnia in an attempt to fight what they called the war of faiths and mostly ended up marrying local women. They now currently reside in strict Islamic communities in remote rural areas.

But it is not easy to be a Muslim in Bosnia, as many are targeted by Bosnian Serb forces, where it’s widely believed that the 100,000 casualties of the 1992-1995 war and most of the rape victims were Muslims.

"Whether or not women in Bosnia feel like Muslims, many are still incredibly reluctant to objectify their identities as it is often done in the West," said Aida Hozic, a Bosnia-born International Relations professor at the University of Florida.

Many Muslims would feel more comfortable if they were not identified by their religious background and wish they can go back to the time when Sarajevo was a place where all faiths were welcomed.