American scientists have spotted the aftermath of what they say is the brightest supernova ever seen, according to the US space agency Nasa. 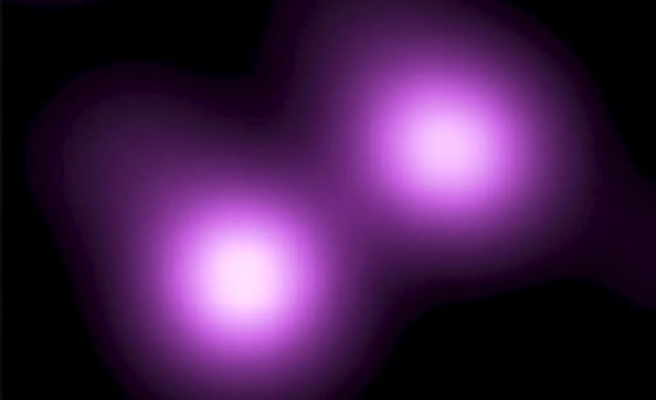 American scientists have spotted the aftermath of what they say is the brightest supernova ever seen, according to the US space agency Nasa.

Using telescopes on Earth and in space, the scientists found a giant exploding star they think is five times brighter than any of the hundreds of supernovae seen so far and 150 times the size of the sun.

Nasa said on Monday that the group of astronomers saw the fuzzy remnants of the spectacular explosion.

The discovery of the star - SN 2006gy - was first made in September by a graduate student in Texas.

Nathan Smith, of the University of California at Berkeley, who led the discovery team, described SN 2006gy as "a special kind of supernova that has never been seen before".

He called it "freakily massive" at 150 times the mass of the sun.

"This one is way above anything else," he said. "It's really astonishing."

He said the star had been shining at levels brighter than other supernovae for several months.

And even at 240 million light years away, this star in a distant galaxy does suggest that a similar and relatively nearby star – one 71 quadrillion kilometres away – might explode in similar fashion any day now, or 50,000 years from now, he added.

David Pooley, an astronomer from University of California at Berkeley, said it would not threaten Earth but it would be so bright that people could read by it at night, although it will only be visible to those in the Southern Hemisphere.

Observations from the Chandra X-ray telescope helped show that the star did not become a black hole like other supernovae and skipped a stage of star death.

Unlike other exploding stars, which peak at brightness for a couple of weeks at most, this supernova peaked for 70 days, Nasa said.