Britain said yesterday it was making up to 18 more sites available for the next generation of nuclear power stations and signalled an acceleration of its plans for new reactors. 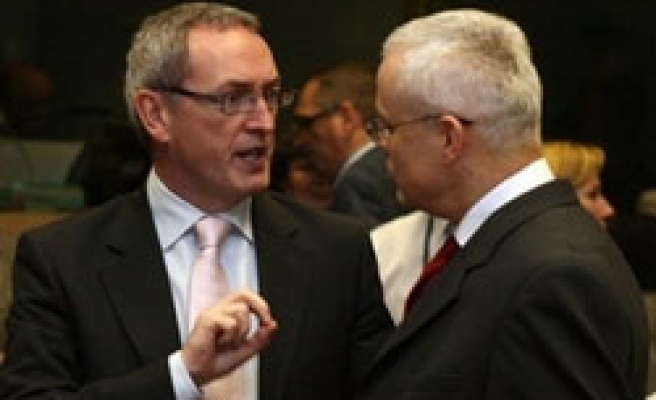 And Business Secretary John Hutton said he expected the new generation of nuclear power stations to supply much more of the country's electricity than the current 19 percent.

The government gave the go-ahead to a new generation of reactors in January, setting no limits on nuclear expansion and adding momentum to atomic energy's worldwide renaissance. The nuclear industry estimates it could have new plants up and running by 2017, but all but one of the existing 10 sites are scheduled to close by 2023.

"Interest in building new nuclear power stations in the UK is strong," Hutton said in a statement. "It's welcome that the NDA is making its significant land and other assets available to the market," he added.

Until now, the only sites that were clearly available were eight belonging to British Energy, which is in talks to build more with a number of other power firms including Centrica and Germany's E.ON.

Hutton told the Financial Times yesterday he wanted to see an increase in nuclear power's contribution to British electricity and he wanted it as soon as possible.

"We need the maximum contribution from nuclear sources in the next 10 to 15 years," Hutton said, adding that it should increase beyond the current 19 percent share.

"That's the ambition we should have... I'd be very disappointed if it's not significantly above the current level," he was quoted as saying. "If we can accelerate the time-scale, we should," he added. "We've got to be completely serious about this... we should keep our foot down on the pedal."

He also said the government may sell its stake in British Energy, worth over two billion pounds ($3.99 billion).

"We have to consider for the medium term what view we should take about holding on to these shares," he was quoted by the FT as saying.