The documents, which were being taken to RAF Northolt for delivery to embassies abroad, were snatched after the van driver stopped and went into a shop at 6:40 a.m. on Monday. 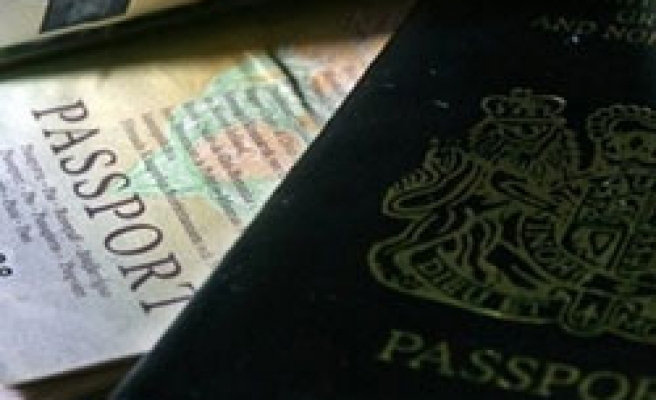 The Foreign Office has launched an urgent inquiry into the theft of 3,000 blank passports and visas from a security van in Manchester.

The documents, which were being taken to RAF Northolt for delivery to embassies abroad, were snatched after the van driver stopped and went into a shop at 6:40 a.m. on Monday.

A Foreign Office spokesman acknowledged the theft was a serious breach and said an immediate review had been ordered.

It is the latest in a string of incidents involving government loss of personal data and documents including child benefits information and top secret intelligence files.

The Identity and Passport Service said the hi-tech embedded chip features on the e-passports meant they would be unusable.

But security experts reported in the media said they could be used for fraud and employment and had a street value of about 2.5 million pounds.

"Although these passports were blank, they could be worth a lot of money to criminals," said Detective Constable Natalie Brennan of Oldham CID.

During Monday's theft, a second security guard, who had stayed in the van while the driver was in the shop, was attacked by two men, suffering minor injuries to his head and shoulder, but no weapon was used in the heist.

The thieves hijacked the van, driving a short distance with the guard still in the passenger seat, before running off with about 24 parcels.

Other security breaches that have occurred in the past include a government contractor losing the details of three million learner drivers and lost computer discs containing the names and bank account details of 25 million people.