Britain to expel up to 1,000 Zimbabweans

Britain is preparing to expel hundreds of failed asylum-seekers back to Zimbabwe because the government believes they are at no 'general risk' in their home country, a newspaper reported Sunday. 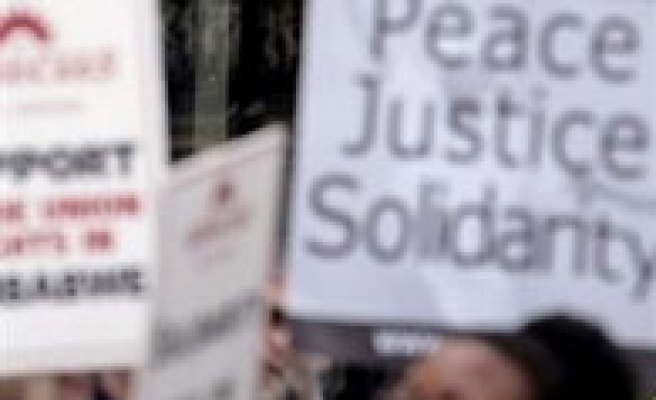 The Independent on Sunday said the mass programme of deportations could affect more than 1,000 Zimbabweans who have enjoyed protection under a moratorium on deportations.

The paper quotes from letters it says were sent by the Home Office, or interior ministry, this week encouraging people to leave the country voluntarily because they are at 'no general risk'.

One of the letters says: 'Your claim for asylum has been refused... I am now writing to make sure that you know that the Border and Immigration Agency is expecting shortly to be able to enforce returns to Zimbabwe.

'The Asylum and Immigration Tribunal has now found that there is no general risk on return for failed asylum-seekers.'

The report quoted support groups for asylum-seekers saying the change of policy follows a court ruling in 2006 that paved the way for mass deportations.

About 500 failed asylum-seekers living in the northwest of England will be the first to be targeted. There are a total of 7,000 Zimbabwean asylum-seekers in Britain.

Beatrice Masina, a 26-year-old Zimbabwean who received a Home Office letter this week, told the Independent on Sunday she feared for her life and for that of her seven-month-old baby if they are sent back to Zimbabwe.

Masina, a supporter of the opposition Movement for Democratic Change (MDC), said she was raped and beaten by a gang of militia from President Robert Mugabe's ZANU-PF party in 2003 before fleeing to Britain.

'If [ZANU-PF] know I'm back they might attack me again, and I might be killed,' she told the newspaper.

'I'm scared my baby would not survive the persecution. They [the Home Office] are being very unfair. I don't think they're looking at the dangers I'll face.'

A spokesman for the Home Office's Border and Immigration Agency told the newspaper: 'The Home Office had agreed at a High Court hearing on 26 September, 2006, to defer the enforced removal of failed asylum-seekers to Zimbabwe pending the outcome of the country guidance litigation... We expect to be in a position to resume enforced returns of failed asylum-seekers to Zimbabwe very shortly.'