Gordon Brown launched his campaign to become Britain's next prime minister on Friday, pledging to learn from the mistakes of the Iraq war while honoring "our obligations to the Iraqi people." 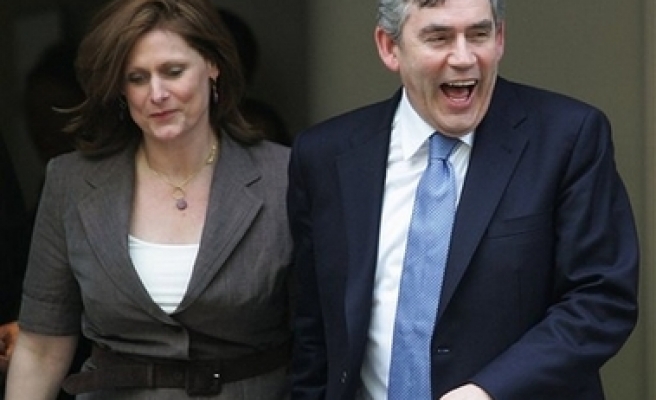 Gordon Brown launched his campaign to become Britain's next prime minister on Friday, pledging to learn from the mistakes of the Iraq war while honoring "our obligations to the Iraqi people."

Brown, who faces no serious opposition after waiting more than a decade for his chance to lead the country, said there needed to be a stronger emphasis on political reconciliation and economic development in Iraq.

"And obviously we've got to more to win the battle of hearts and minds against al-Qaida."

Prime Minister Tony Blair, who announced he would resign June 27, officially endorsed Brown on Friday. As Treasury chief, Brown is credited with much of Britain's recent economic boom.

"I want to lead a government humble enough to know its place," Brown said, pledging to win back voters disenchanted after a decade of Labour Party rule.

The question is whether Brown will shift Britain's role in the Iraq war, which has divided Britain.

President Bush has called Brown a thinker and easy to talk to. Brown has been more reserved in his comments about the American president, whose alliance with Blair lost the Labour Party votes.

"I accept that mistakes have been made," Brown said, adding that he will soon visit Iraq and other nations.

"We will keep our obligations to the Iraqi people. These are obligations that are part of U.N. resolution, they are in support of a democracy," he said. "I do think that over the next few months the emphasis will shift."

Secretary of State Condoleezza Rice said Brown was aware of the dangers surrounding failure in Iraq.

"But Britain and America will always be friends and I know that we will work very, very well with Gordon Brown when he becomes prime minister."

The Iraq war severely dented Labor's popularity. Blair's close alliance with President Bush was unpopular at home, there were mass marches in Britain opposing the U.S.-led invasion before it began, and the government's claims that Saddam Hussein was building an arsenal of weapons of mass destruction proved false.