Britain's Prince Harry back from Afghanistan

Harry returned home from Afghanistan after news leaked he had been there. 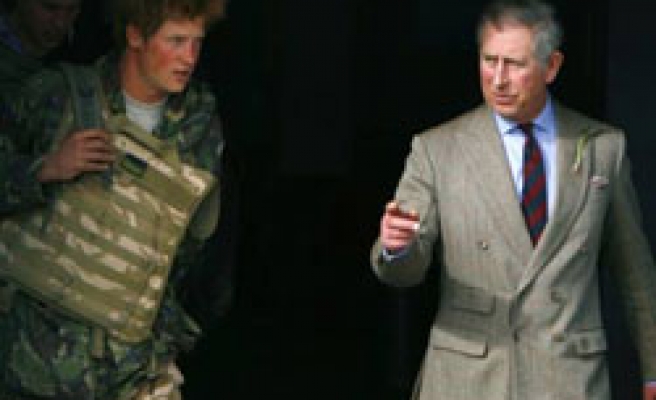 Britain's Prince Harry, third in line to the throne, returned home from Afghanistan on Saturday after news leaked out on the Internet that he had been secretly in Afghanistan for 10 weeks.

Queen Elizabeth's grandson was pulled out of Afghanistan because defence officials feared worldwide coverage of his deployment with the British army could endanger him and his fellow soldiers.

The prince flew back to the Royal Air Force base at Brize Norton in central England to be greeted by his father, Prince Charles, and brother, Prince William. Harry went to Afghanistan on active service in December on a four-month deployment.

wearing body armour and a green camouflage jacket, ignored television news crews and photographers as he walked across the tarmac chatting to a colleague.

The 23-year-old Harry, the second son of the late Princess Diana, was the first British royal to see combat since his uncle, Prince Andrew, flew helicopters during the Falklands War 25 years ago.

Charles, speaking after being reunited with his younger son, said: "I feel particular frustration that he was removed unexpectedly early because apart from anything else, he had been looking forward to coming back with the rest of his regiment.

Harry said he could now be a "top target" for Islamist extremists in Britain after fighting the Taliban.