Jhon Reid has provoked a civil liberties storm and was accused of taking a further step towards an authoritarian state as the "draconian" proposals were condemned by politicians of all parties as well as by human rights and Muslim groups. 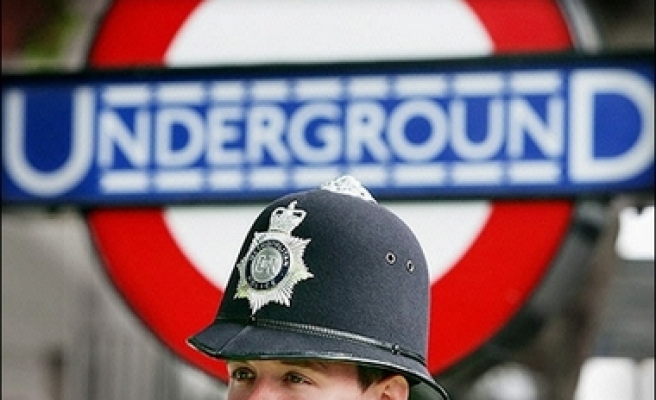 John Reid has provoked a civil liberties storm and a cabinet split by floating plans to give police sweeping new anti-terror powers to stop and question anyone in the street.

The Home Secretary was accused of taking a further step towards an authoritarian state as the "draconian" proposals were condemned by politicians of all parties as well as by human rights and Muslim groups.

Strengthening police powers to stop passers-by is being considered among antiterrorist measures to be announced before Mr Reid steps down on 27 June, when Tony Blair leaves office.

But there was doubt yesterday whether any such move would be endorsed by Gordon Brown when he becomes prime minister and Peter Hain, the Northern Ireland Secretary, warned it could become the "domestic equivalent of Guantanamo Bay".

At the moment, police can challenge people, regardless of whether they are suspected of breaking the law, in areas which are considered at risk of terrorist attack, such as Westminster and around political party conference venues.

The new anti-terror proposals would extend that power nationwide, giving officers the right to demand anyone's name and address or details of where they have been if police suspect terrorist involvement.

Anyone who refused to co-operate could be charged with obstructing the police and fined up to £5,000.

The move would briefly bring the rest of the UK into line with Northern Ireland, although the stop and question power was, ironically, expected to be repealed in the province as part of the peace dividend.

His other proposals are thought to include allowing police to question suspects after they have been charged and toughening control orders even if it means opting out of human rights legislation.

They will be set out within a month for consultation, with a view to being included in a counterterrorism Bill in the autumn, by which time Gordon Brown will be in Downing Street. A Home Office spokeswoman said: "We need to look at how we can ensure police have the powers necessary to prevent terrorist activities happening in the United Kingdom."

Tony McNulty, the Police minister, said the stop and question powers were "one of a whole range of things we are looking at with a view to introducing a terrorism Bill later in the year".

He suggested that such powers could be less intrusive than the fully-fledged stop and search powers already available to police. But Peter Hain, a contender for the Labour deputy leadership, warned that the proposals could backfire.

He told BBC1's Sunday AM programme: "We've got to be very careful that we don't create the domestic equivalent of Guantanamo Bay, which was an international abuse of human rights, acted as a recruiting sergeant for dissidents and alienated Muslims and many other people across the world."