More than hundred representatives of political and cultural elite of Britain have written a letter to Putin with an appeal to use his last year at authority for restoration of "peace and legality" in Chechnya. 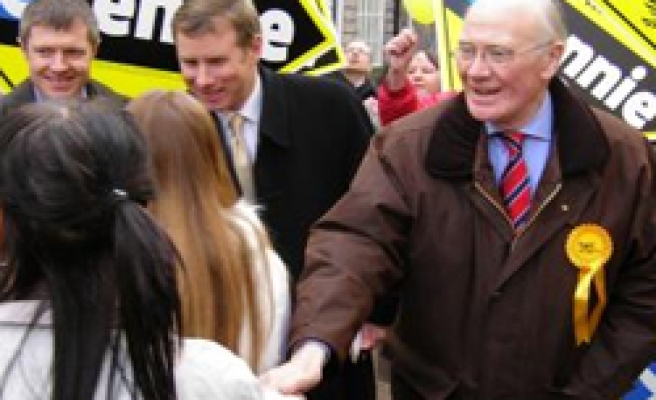 More than hundred representatives of political and cultural elite of Britain have written a letter to Putin with an appeal to use his last year at authority for restoration of "peace and legality" in Chechnya.

As said in the letter written under the initiative of friend of Anna Politkovskoj, director « the Forum for peace in Chechnya » Ayvari Amudsena , « we cannot remain silent before any more person's incessant infringement of human rights and war crimes in Chechnya ».

« We wish to draw wide attention of the public to a horrifying situation in Chechnya and to compel Putin to do everything that is under his ability for restoration of peace, law and order in Chechnya », - is said in statement fragments from which has been published in Monday version of The Independent.

« Despite looking at the evidences of organizations about continuing war crimes in Chechnya, despite looking at the muffling of voices of legal experts and independent journalists, the world community remains silent », - is mentioned in the letter. According to the opinion of authors of the letter, the mode of individual authority of Kremlin's puppet kadyrov established in Chechnya is "a mode of intimidation and oppression".

Interesting to note that one of the authors of the letter - a former regular secretary of Ministry of Foreign Affairs in Britain under the government of John Major, sir Malcolm Rifkind marks himself that the future of Chechnya constitutes an internal problem for Russia, however in his opinion methods for its solution, including "war and infringements of human rights" are disgusting.

Among other signed politicians are - head of liberal-democrats - sir Menzis Campbell, his predecessor Charles Kennedy, the former lecturer at PASS on Chechnya Jadd representing the ruling Labour party of Britain in Chamber of lords. Besides this, there are signatures of Novelist Bregga, a scriptwriter of Thomas Stoppard, Philosophers Alana de Bottona and Andrei Gluksmanna, the well-known conductor and master of harpsichord Alan Kerti.

The publication of the letter is dated on the beginning of putin's last year as president which, by calculations of British, begins on Monday. We will specify in this connection the fact that Britishers and all other European figures who periodically criticize moscow in connection with its actions in Chechnya, speak about restoration of « peace, law and order» in so-called « internal affairs of Russia ».

Never ever, any of the legal experts and critics of Kremlin specified the main reason of war crimes of Moscow in Chechnya - armed aggression against the independent country, and the main condition of restoration of peace and law - de-occupation of the independent Chechen state.

Therefore a similar sort of appeal for restoration of « peace, law and order » in Chechnya, has been addressed to the main organizer of genocide of Chechen people. It is impossible to examine differently, as de-facto recognition of the right of Russia on occupation of the Chechen state.

The undersigned people in the letter asks the murderer and the military criminal, the bloody Kremlin mode, to not behave with brutality in a pointed manner, (because it not decent in the European society), and to remove occupation in « civilized frameworks » which means the right of a victim on an extreme measure to complain and even occasionally to feel indulgence of the executioner. Last Mod: 09 Mayıs 2007, 01:35
Add Comment