Gary McKinnon was arrested in 2002 after U.S. prosecutors charged him with illegally accessing computers, including the Pentagon, U.S. army, navy and NASA systems, and causing $700,000 worth of damage. 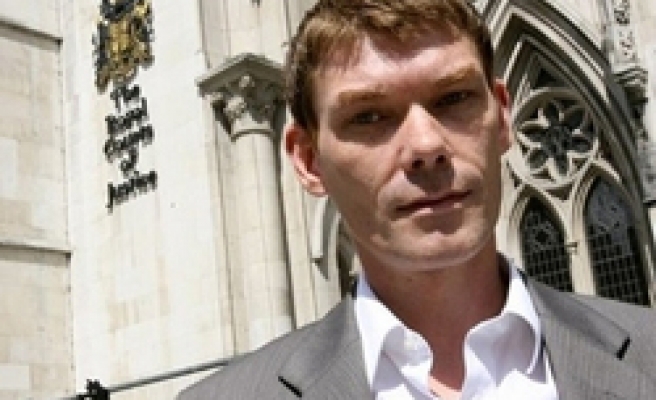 A British computer expert lost his appeal on Wednesday against extradition to the United States where he is accused of "the biggest military hack of all time" and could face up to 70 years in prison.

Gary McKinnon was arrested in 2002 after U.S. prosecutors charged him with illegally accessing computers, including the Pentagon, U.S. army, navy and NASA systems, and causing $700,000 worth of damage.

McKinnon told Reuters in 2006 he was just a computer nerd who wanted to find out whether aliens really existed and became obsessed with trawling large military networks for proof.

However, Britain's highest court, the House of Lords, ruled the gravity of the charges should not be understated and they would carry a maximum life sentence under English law. It turned down his appeal against extradition.

McKinnon's lawyers had argued that sending him to the United States would breach his human rights, be an abuse of the English court process and should be barred as his extradition was sought "for the purpose of prosecuting him on account of his nationality or political opinions".

A district court ruled in May 2006 that he should be extradited, a decision upheld at London's High Court in April 2007. But in October three of Britain's top judges gave McKinnon permission to take his case to the House of Lords.

If found guilty in the United States, McKinnon could face up to 70 years in prison and fines of up to $1.75 million.

Using his own computer at home in London, McKinnon hacked into 97 computers belonging to and used by the U.S. government between February 2001 and March 2002.

McKinnon is accused of causing the entire U.S. Army's Military District of Washington network of more than 2,000 computers to be shut down for 24 hours.

He then bought off-the-shelf software and scanned military networks, saying he found expert testimonies from senior figures reporting that technology obtained from extra-terrestrials did exist.

At the time of his indictment, Paul McNulty, U.S. Attorney for the Eastern District of Virginia, said: "Mr McKinnon is charged with the biggest military computer hack of all time."