A judge has sentenced a British civil servant to six months in prison for leaking a classified memo about a meeting between Tony Blair, the British prime minister, and George Bush, the US president. 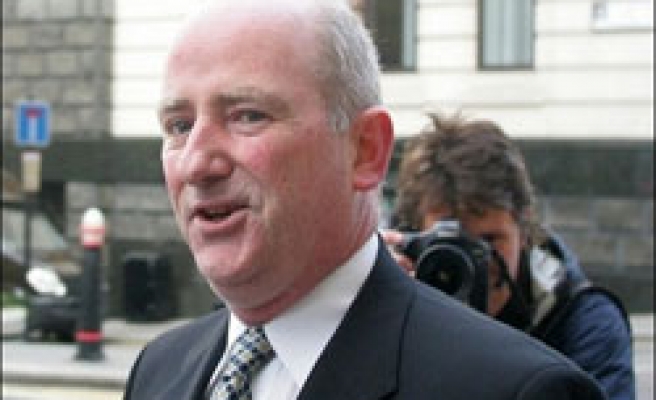 A judge has sentenced a British civil servant to six months in prison for leaking a classified memo about a meeting between Tony Blair, the British prime minister, and George Bush, the US president.

A politician's aide was also sentenced to three months on Thursday for helping David Keogh, 50, a government communications officer.

Keogh was found guilty of "making a damaging disclosure" by passing on the secret memo about April 2004 talks between the two leaders in which Bush purportedly referred to bombing Al-Jazeera, the Arab television station.

The leak was judged to be a breach of the country's Official Secrets Act.

Judge Richard Aikens said in sentencing Keogh: "You decided that you did not like what you saw. Without consulting anyone, you decided on your own that it was in the best interest of the UK that this letter should be disclosed.

"Your reckless and irresponsible action in disclosing this letter when you had no right to could have cost the lives of British citizens."

Keogh, who worked at a government communications bunker, was accused of passing the memo to Leo O'Connor, a politician's researcher and Keogh's co-accused, in May 2004.

O'Connor, 44, in turn placed it in a file he handed to his boss, Anthony Clarke, then a member of the UK parliament, who had voted against Britain's decision to join the US-led invasion of Iraq in 2003.

Clarke then acted to alert the authorities.

Keogh told the court he felt strongly about the memo, which he had to relay to diplomats overseas using secure methods, and hoped it would come to wider attention.

The newspaper said its sources disagreed on whether Bush's suggestion was serious.

Blair said he had no information about any proposed US action against Al Jazeera, and the White House called the claims "outlandish and inconceivable."

The document, marked "Secret-Personal," was intended to be restricted to senior officials.

The memo's contents, which are considered so sensitive that much of the trial was heard behind closed doors, have not been directly referred to by counsel or witnesses in open court.
Last Mod: 11 Mayıs 2007, 10:10
Add Comment