Britons are getting ruder: Survey

Britons are ruder than they were a decade ago, according to a survey on Monday that showed almost three-quarters of people think manners should be taught at school. 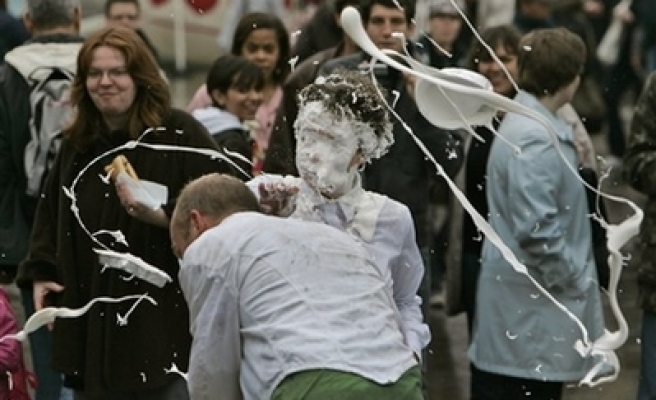 A third believe bad manners are the catalyst for much of the anti-social behaviour in Britain, the ITV poll found.

Experts interviewed by the network blamed a lack of respect for authority.

More than 90 percent of respondents believe parents are failing to ensure their children learn proper manners and that bad behaviour of celebrities and footballers are setting a poor example for impressionable youngsters.

Spitting and swearing were the most offensive behaviours, it found, while queue-jumping and not saying "please" or "thank you" were other main gripes.

Almost 75 percent of the 3,000 people surveyed believed manners should be taught at school.

"I suppose it's part of the breakdown in society -- the fact that we stopped having respect for figures in authority partly because those in authority didn't command it," etiquette coach Diana Mather told the "Tonight Show with Trevor McDonald," which commissioned the survey.

The head of the Campaign for Courtesy, broadcaster Esther Rantzen, said a lack of discipline was also to blame.

"I think my generation has a lot answer for because I think the youth culture in the 60s and early 70s threw out every rule book and thought it was really clever to use four letter words," she told the programme, which airs later on Monday.

"But I think things should go back, not to the old deference, not to grovelling, not to any of that but just to feeling respect, because I think that would make everyone's life more pleasant."