Five Britons have been found guilty of plotting to carry out al-Qaeda-inspired bomb attacks across Britain. 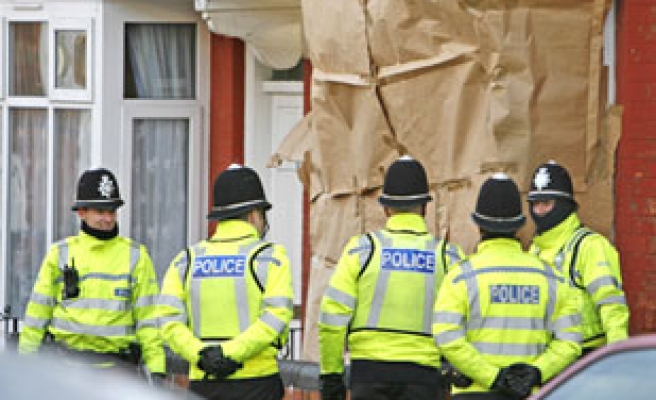 Five Britons have been found guilty of plotting to carry out al-Qaeda-inspired bomb attacks across Britain.

Jurors in Monday's session found the five defendants guilty of plotting a series of bomb attacks on British targets from nightclubs to trains and a shopping centre.

The group planned to use 600kg of ammonium nitrate fertiliser to make explosives to be used in bombings in revenge for Britain's support to the United States in the aftermath of the September 11, 2001 attacks, prosecutors said.

Omar Khyam, Waheed Mahmood, Anthony Garcia, Jawad Akbar and Salahuddin Amin were convicted of conspiring with Mohammed Momin Khawaja, a Canadian, to cause an explosion likely to endanger life.

Garcia and Khyam were found guilty of possessing an article for terrorism - the fertiliser - and Khyam was also convicted of having aluminium powder, an ingredient in explosives.

The men had denied all charges.

Khyam's brother, Shujah Mahmood, and another man, Nabeel Hussain, were found not guilty of being involved in the plot.

During the trial, prosecutors said the men had only to decide on a target when they were arrested in 2004.

Court papers, which could be detailed only after the trial, showed that police observing the gang had established links between them and two of the four men who later carried out the London suicide bombings in July 2005, killing 52 people.

Spies had seen Mohammed Sidique Khan, the suspected ringleader of the July 7 bombings, and his accomplice, Shehzad Tanweer, with the men in the days leading up to their arrest.

Police swooped on the suspects about 16 months before four British Muslims carried out the attacks on London's transport system.

The main prosecution witness in the case was Mohammed Babar, a Pakistan-born American who has admitted to terrorism-related offences in New York.

He said he was the men's accomplice and had helped get materials to make the bombs.

The prosecution said the men had discussed targets - including London's biggest nightclub, the Ministry of Sound - gas, water and electricity supplies, synagogues, trains, aircraft, and a large shopping centre, Bluewater, to the east of the capital.

Babar said some of the suspects had also suggested poisoning fast-food takeaways and beer at soccer matches.

"The only sensible conclusion is that al-Qaeda does sit behind it [the plot]," a senior British counter terrorism detective said.

The suspects were arrested on March 30, 2004 after the fertiliser was discovered in a storage facility in west London. Last Mod: 30 Nisan 2007, 16:05
Add Comment