The occupation has impacted Iraqis' personal relationships the same way it has negatively affected all other aspects of life in the war-torn country. Here is some stories. 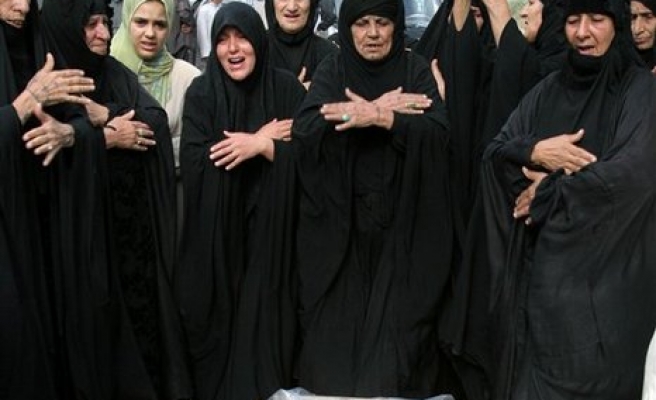 With the US-led occupation of Iraq in its fifth year, one leading study estimates that more than 655,000 Iraqis have been killed - with no end to the violence in sight. Left behind are loved ones who continue to mourn their loss, as well as what might have been.

Iraq was once a country known in the Middle East for its epic love stories, such as in the poetic work Arabian Nights. Deeply moving love poetry has abounded from Iraqi poets, and Iraqis have been known, when in love, to sacrifice their lives, if necessary, for their beloved.

According to a mortality survey published in the British medical journal The Lancet last October, as many as 655,000 Iraqis have died as a result of the US-led invasion and occupation. The study was carried out last July, so the number is likely to be far higher today, after one of the bloodiest years of the occupation. No such authoritative study has been carried out since.

Of these deaths, an estimated 78,000 Iraqis were killed by US and coalition air strikes from the start of the war through June of last year, an article in The Nation magazine says. Author Nick Turse writes in the June 11 issue of the US weekly magazine that they were killed by "bomb, missile, rocket or cannon".

As of this Tuesday, at least 3,494 members of the US military had died since the beginning of the Iraq war in March 2003.

The occupation has impacted Iraqis' personal relationships the same way it has negatively affected all other aspects of life in the war-torn country.

"We were engaged to be married after the end of the war," said Hussam Abdulla, a 28-year-old engineer from Baghdad. "We thought the war would not last more than a month, and so we planned our marriage to be in May 2003, but things went wrong, as I was detained for two years and my fiancee's family had to flee for Egypt because her father was a senior army officer whose life was threatened, first by occupation forces and later by death squads."

As with countless other Iraqis, Abdulla's engagement never culminated in the marriage he had hoped for.

Army officers, doctors, journalists, artists and others have been targeted by death squads since nearly the very beginning of the US invasion and occupation of Iraq. The lucky ones who survived fled the country early, while others faced death and detention later on.

"I thought the man I loved had simply dumped me," said a 25-year-old woman who asked to be called Arwa. "He told me he would send for me as soon as he found a job in Jordan, but he disappeared, and his family told me they did not know his whereabouts."

She said sadly that she and her family later found out that her boyfriend, whom she had hoped to marry one day, had been detained by US forces near the Jordanian border.

When she asked where he was being held, "The US authorities said his name did not exist in their files," Arwa said. "I will wait for him to appear even if it takes me a lifetime."

Tens of thousands of reportedly detained Iraqis are not listed in US military records, leaving their families wondering whether they are dead or alive.

"I told my fiancee to find herself another husband," said Khalik Obeidy, 32, who was visiting Baghdad from Fallujah. "I lost my job as an army officer and my family's house was blasted during the US siege of Fallujah in April 2003, so our marriage seems next to impossible.

"Getting married under such circumstances means more agony, and bringing up children is more than difficult," Obeidy added. "My crazy fiancee still has hope for improvement and she says she will wait."

"In 2006, I sent my wife and two daughters to Jordan for work and I was supposed to follow them after selling the car and the furniture," teacher Tariq Khalaf, 40, from Baghdad said. "Things went wrong when my father died and I had to stay here to look after the rest of the family, and now I'm confused whether to bring them back to the Iraqi hell or just stay separated."

Jassim Alwan recently made the dangerous trip from Samarra, 90 kilometers north of the capital city, to Baghdad.

"We have the 23-year-old Abdullah with his scruffy beard who keeps wandering the streets of Samarra," Alwan said. "Abdullah is more famous than the mayor of the city. He was a wonderful guy before his bride was shot by US and Iraqi soldiers at a checkpoint. The poor guy couldn't stand the shock."

Maki al-Nazzal, a political analyst and poet, said: "The country of the Arabian Nights and wonderful poetry is no longer good for love. All Iraqi poetry under occupation is now about death and separation. Love stories are full of agonies and despair, marking the darkest period of violence and hatred."

To date, there are no accurate figures available for how many men and women have lost wives and husbands in Iraq. "Baghdad became the city of smoke, blood and death, instead of being the shrine of love and beauty," said Nazzal.